Heritage Underground - A History of Root Cellars in Newfoundland and Labrador


In their travels, visitors to Newfoundland and Labrador might be surprised to see numerous little doorways peeking out of hillsides across the province. These are our root cellars. While they are not unique to this province, they are a part of our history and are a familiar sight in many communities.

Today, a selection of stories about the history, archaeology and folklore of root cellars go online as part of Heritage Underground - A History of Root Cellars in Newfoundland and Labrador. This exhibition was developed by Heritage NL, with an investment from Digital Museums Canada.

Root cellars are insulated structures built above ground, or wholly or partly buried in the ground. They are used to preserve vegetables and protect them from frost and rot. Root cellars were a crucial part of a subsistence lifestyle, giving fishing families the ability to preserve the food they grew, in order to survive the long winters along the rugged coastlines of the province.


“This website is a great opportunity to share stories about this traditional food storage method,” says Heritage NL Executive Director Dale Jarvis. “Some of the history may be well known, while some of the subterranean folklore about boo-darbies, babies, and silver shovels might be specific to certain communities or regions. All of the information, including five common root cellar styles, is available in both English and French.”

This online project was developed with the support of the Digital Museums Canada investment program. Digital Museums Canada is managed by the Canadian Museum of History, with the financial support of the Government of Canada. This investment program helps build digital capacity in Canadian museums and heritage organizations and gives Canadians unique access to diverse stories and experiences.

Come with us, and explore the fascinating underground heritage of Newfoundland and Labrador’s root cellars.

English:
Heritage Underground - A History of Root Cellars in Newfoundland and Labrador

Posted by Terra Barrett at 10:43 AM No comments: 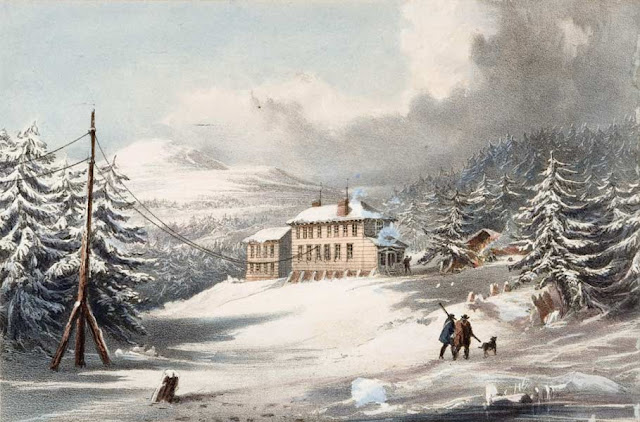 Download the pdf
Posted by Dale Jarvis at 9:00 AM No comments: 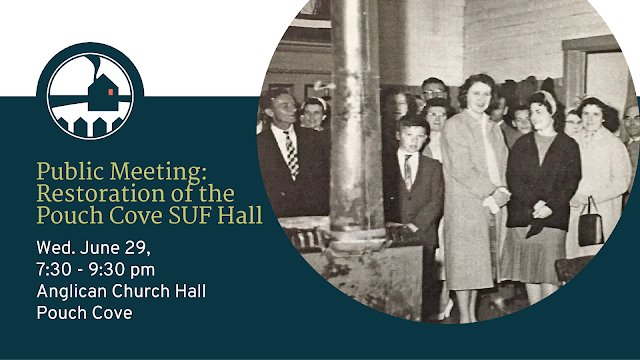 The Pouch Cove Heritage Society in partnership with HeritageNL, the Dept. of Tourism, Culture, Arts & Recreation and the Dept. of EIT (Social Enterprise) invites Pouch Cove area residents to a public meeting regarding the restoration of the SUF Hall in Pouch Cove.

Register at this link:


From birch brooms to beading, traditional skills at risk of being lost in Newfoundland and Labrador just got a boost from Heritage NL.

Twenty new projects from all across the province that pair a learner with an experienced craftsperson have been given the green light by Heritage NL, the provincial agency that deals with historic places and living heritage. This adds to a set of partnerships established earlier in the year.

The Heritage NL Mentor-Apprentice Program is a one-on-one immersion program that provides funding up to $10,000 to support the teaching of endangered crafts and skills from an established mentor to an apprentice craftsperson or tradesperson.

“The traditional craft sector is an important part of our contemporary economy, especially in rural areas,” says folklorist Dale Jarvis, Executive Director of Heritage NL. “We are excited to support these tradition bearers and entrepreneurs in learning and promoting skills and crafts that otherwise might fade away.”

The participants will have up to a year to work together, teaching and learning a variety of skills including spruce root basket making, blacksmithing, coopering, and sealskin work. Applications for this pilot program are now closed. For more information about the Heritage NL Craft at Risk List or Mentor-Apprentice Program see heritagenl.ca/programs/craft-at-risk/.

This program is supported by the Labour Market Partnerships program, Department of Immigration, Skills and Labour, Government of Newfoundland and Labrador.

The approved mentor/apprentice projects are as follows:

Posted by Terra Barrett at 11:56 AM No comments: 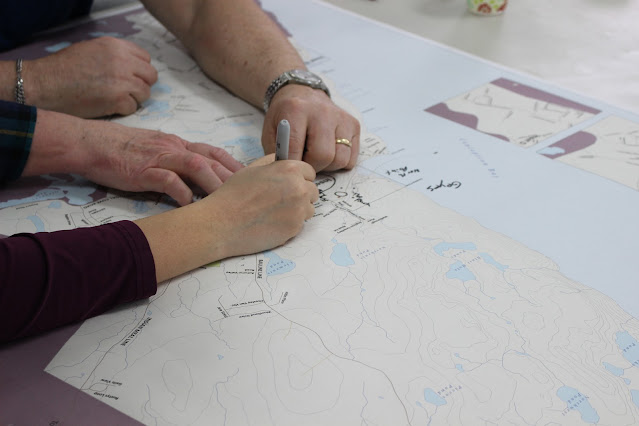 Heritage NL has redeveloped its restoration grant funding to better provide a suite of services to owners of Registered Heritage Structures. The Board is looking for projects that blend the restoration of a designated property with community planning workshops, architectural history research, and opportunities for transmission of traditional skills related to conservation of the site or the site’s history. The grant is intended to direct funding to projects that demonstrate community value as well as a need for material conservation. Project proposals in the $30,000 to $50,000 range will be considered, and successful projects will be funded on a 50/50 cost shared basis. In addition, grant recipients will work with Heritage NL staff to determine what other in-kind supports would benefit the project.


Example: The Salvage Fishermen’s Museum was approved for a grant for exterior restoration of the structure. In addition to the grant itself, Heritage NL worked with the local committee to: run a community People, Places, and Culture workshop; compile a comprehensive architectural history of the structure to aid in the conservation process; conduct research on family names and neighborhoods and develop a map; write a heritage report for the town with recommendations and suggestions for future work; teach a workshop on headstone digitization and facilitate a cemetery cleanup; assist with grant writing to help the museum hire a summer coordinator position; and work with the local committee to organize an official plaque unveiling ceremony at the end of their project.


Owners of any previously-designated Registered Heritage Structure may apply for restoration funding. An easement on the property must be in place to be eligible. Priority will be given to small to medium sized projects that:


Applications will be juried in a competitive process by the Board of Directors of Heritage NL. Funding is limited, and application does not guarantee funding. Approved grants are good for two years from the date of a signed Grant Contract agreement, and work must abide by the conditions of the Contract and follow the Standards and Guidelines for Conservation of Historic Places in Canada. Grants are paid following the successful completion of work and submission of a Final Project Report and all required documentation.


Deadline to apply: 27 May 2022
For application form visit https://heritagenl.ca/restoration/grants/
Posted by Dale Jarvis at 9:00 AM No comments: 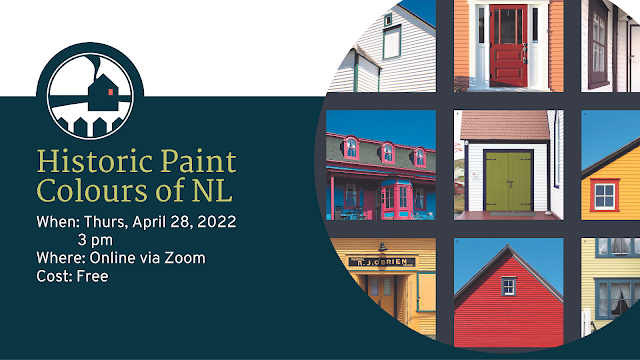 Mount Pearl, NL (April 27, 2022) You are invited to attend a virtual launch of the Historic Paint Colours of Newfoundland and Labrador booklet.

With locations in larger centres and some of our most historic communities like Twillingate and Bonavista, the Paint Shop was the natural choice to partner with for this booklet.

Whether you are looking for Dorset Gold HC-8 to match your pop's dory buff or Watermelon Red 2087-20 to fit in on Jelly Bean Row, you'll find them all at the Paint Shop along with our Historic Paint Colours of Newfoundland and Labrador booklet.

Please click the link below to join the webinar:

Posted by Dale Jarvis at 9:51 AM No comments:

Email ThisBlogThis!Share to TwitterShare to FacebookShare to Pinterest
Labels: paint

From horrid dogs to dangerous youngsters: telling back lane tales in Harbour Grace

Harbour Grace, NL -  From horrid dogs and dangerous youngsters, to casket makers and compassionate doctors, the back lanes of Harbour Grace have seen it all. The old stories of the laneways are coming to light once more, with a little help from graduate students enrolled in Memorial University’s Department of Folklore.

The project is a cooperation between students of FOLK6740: Public Folklore, the Town of Harbour Grace, and course instructor Dale Jarvis of Heritage NL. The idea emerged from discussions following a 2018 Heritage NL People, Places, and Culture workshop in the community.  The storytelling project focuses on the historic laneways and paths that run between many of the buildings within and bordering the town's Registered Heritage District.

“This research project uncovered some fascinating information from both historical sources and residents’ memories,” says Matthew McCarthy, Economic Development Officer with the Town of Harbour Grace.

“These areas are such treasure troves of stories, past and present,” says McCarthy. “We think there’s great potential to reanimate these footpaths for both residents and visitors through thoughtful public infrastructure.”

One of the laneways documented in the project is Doctor’s Lane, named in honour of the many early doctors who lived in Harbour Grace. This included Dr. William Stirling, born in Harbour Grace, who eventually settled in Twillingate. He and his wife, Anne Peyton, had ten children, the youngest of whom became Newfoundland’s first opera singer, Georgina Ann Stirling, “The Nightingale of the North.”

The back lanes, while under-developed today, invite exploration.

“Right now, we have some significant private investment coming to the area, with Yellowbelly’s restorations of the old Courthouse and Immaculate Conception Cathedral,” says McCarthy, “and this project is another important piece of the municipality’s long-term plan to revitalize the downtown Registered Heritage District. We’re excited with where things are headed.”

The students’ wiki page is viewable at:

Posted by Dale Jarvis at 3:22 PM No comments: 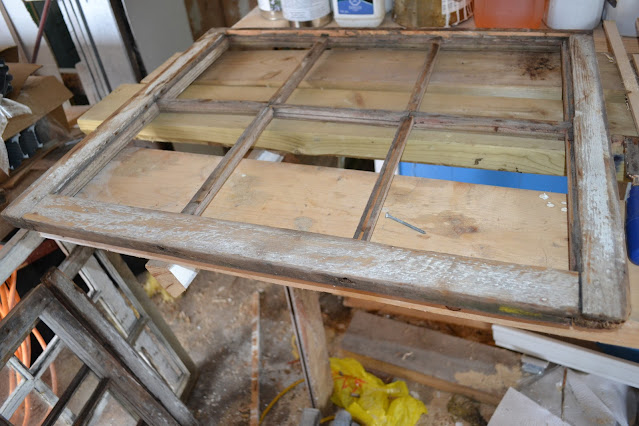 Heritage NL is a non-profit organization that promotes the conservation and awareness of Newfoundland and Labrador's historic places and the safeguarding of its Intangible Cultural Heritage.

Heritage NL is seeking a qualified individual for the position of Built Heritage Intern to undertake a number of projects that will support the various programs of the foundation. These will include the development of short research papers on historical subjects, the rewriting of descriptive texts on designated properties, and the documentation of Registered Heritage Structures through field study, archival research, and oral histories. Eligible candidates should have an undergraduate or graduate degree in a relevant field such as: history; archaeology, folklore; architecture; cultural geography; archaeology or other related field. Candidates must meet eligibility requirements under the YCW program and be a resident of Newfoundland and Labrador. The job will be situated at the Heritage NL offices in downtown St. John's.

Posted by Dale Jarvis at 3:25 PM No comments: 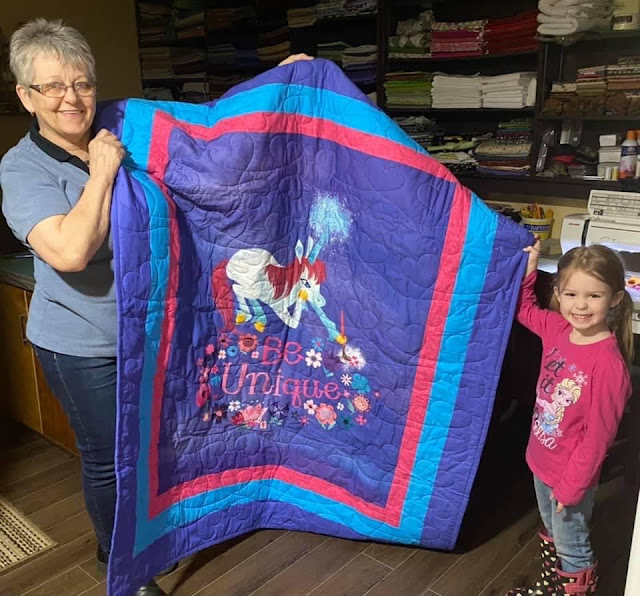 The Great Northern Peninsula Community Place Corporation and Heritage NL have been working together to make a list of people with traditional skills and know-how in the Tri-Town (Hawkes Bay, Port Saunders, and Port au Choix) area.

Local researcher Destiny Penney was hired to interview local crafters and seniors, and to compile a list of people in the region willing to share their skills. Her findings are summarized in a new report, released this week.
The report features local knowledge-holders ranging from 85-year-old Edmund Alyward, a Port au Choix capelin net maker, to Hawkes Bay quiltmaker/sewer Josie Penney (shown above).
"This will be an amazing resource for us to build on," says GNP Community Place Corporation's Joan Cranston. "I would like to identify people with traditional cooking skills as well, and traditional healing skills and knowledge."
The GNP Community Place is a community centre located on the main street of Port au Choix, NL. Overlooking the harbour, this community heritage building will offer a safe, accessible place for people from all over the Great Northern Peninsula to gather to participate in inter-generational health and wellness initiatives. It is run by a volunteer not-for-profit community corporation and operates as a social enterprise, offering space for programs to benefit the community while generating revenues to offset operating expenses
The full report can be downloaded in pdf format at: https://www.mun.ca/ich/resources/Saving_Traditional_Skills.pdf
This project was jointly funded by Heritage NL and ICOMOS Canada’s Youth in Heritage Program.
Posted by Dale Jarvis at 9:00 AM No comments: