Intangible Cultural Heritage (ICH) or what some call “Living Heritage” encompasses many traditions, practices and customs. These include the family events we celebrate, our community gatherings, the languages we speak, the songs we sing, knowledge of our natural spaces, our healing traditions, the foods we eat, our holidays, beliefs and cultural practices. Specific examples of our intangible traditions include—among many other customs, skills and practices—the Christmas mummering traditions, and boat building skills. Our ICH can also include Aboriginal languages and cultural knowledge, our various regional dialects, and the expressive culture, values and beliefs of the diverse cultural groups of Newfoundland and Labrador. 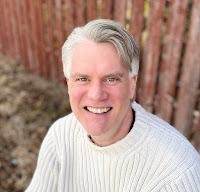 Dale Jarvis is the executive director of Heritage NL, working to safeguard traditional culture and historic places in Newfoundland and Labrador. He is an adjunct professor at the Department of Folklore, Memorial University, and holds a B.Sc. in anthropology/archaeology from Trent University and a M.A. in folklore from Memorial University. Dale is a past president of the Newfoundland Historic Trust and has contributed as a board member and volunteer to many local arts and heritage organizations. He regularly teaches workshops on oral history, cultural documentation, public folklore, and intangible cultural heritage. 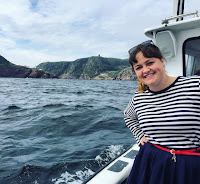 Terra Barrett, public folklorist, is the Intangible Cultural Heritage Program Planner for Heritage NL. She is researching the history, folklore and oral history of the province. Previously for Heritage NL, Terra conducted fieldwork in several communities, and worked with the Collective Memories Project and the Oral History Roadshow. Terra holds a BA in Folklore / French and a MA in Public Folklore from Memorial University. She volunteers with a number of organizations and is particularly interested in the crafts, foodways and folk beliefs of the province.
Twitter
LinkedIn
terra.hfnl@gmail.com 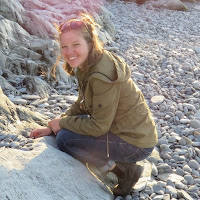 Natalie Dignam is the Broadcast Assistant for the Living Heritage Podcast, a position funded by the Conservation Corps of Newfoundland & Labrador. Natalie grew up in Massachusetts and received her B.A. in English/Creative Writing from St. Lawrence University in Upstate New York. Currently, she is enrolled in the graduate Folklore program at Memorial University. Previously, Natalie worked as a Broadcast and Digital Media Intern at North Country Public Radio (NCPR) in Canton, New York and as a Communications Assistant in Manchester, New Hampshire.

works with the Intangible Cultural Heritage Office. With a BA in Folklore from Memorial University, she has worked a variety of heritage jobs, focusing mainly in archives. With a background in textiles and costume design, Kelly has an interest in various traditional arts and crafts methods. She is also interested in vernacular photography and can be found frequenting antique shops and cemeteries.

Katie Harvey works as the Historic Places Intern with the Heritage Foundation of Newfoundland and Labrador. She holds a Master of Arts in Public Folklore and a Bachelor of Arts in Folklore from Memorial University. Born and raised in Newfoundland, she maintains a particular fondness for Newfoundland heritage. Her primary areas of interest and specialization are museology, vernacular architecture and foodways. 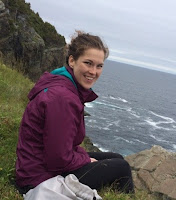 Stephanie Micikyan is working with the Intangible Cultural Heritage Office to coordinate and promote events and programs around the Women’s Patriotic Association’s knitting of grey socks
during World War I. Stephanie holds a BA in History from the University of Ottawa and a post-graduate diploma in Museum Management and Curatorship from Fleming College. Originally from Ontario, Stephanie came to Newfoundland to intern at The Rooms where, through its vast collection, she learned much about the province’s history and heritage. Since then, her interest has continued to grow as she looks for ways to learn more about Newfoundland and to promote its culture and heritage. This desire has brought her to work with ICH on the Grey Sock Project which she is extremely interested in and very passionate about. 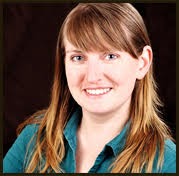 Sharon King-Campbell is working with the Heritage Foundation as coordinator of Hoist your Sails and Run, a project all about play and games in Newfoundland and Labrador. If there is a job that's more fun than that, she doesn't know what it is. In the rest of her life, Sharon is an actor, director, writer, storyteller, producer and administrator. Having grown up in Ottawa, Ontario, she moved to Corner Brook to earn her BFA in Theatre at Sir Wilfred Grenfell College, and never left. She was the founding Artistic Director of the World's End Theatre Company in Fogo Island-Change Islands, and has since worked on a variety of projects across the cultural and not-for-profit sector, including the Atlantic Book Awards Society, the Grand Bank Regional Theatre, and DanceNL.

Alanna Wicks is working with the Heritage Foundation as the Youth Heritage Forum coordinator. Alanna is from St. John’s, NL and holds a BA in Folklore and Cultural Anthropology and a MA in Public Folklore. She has been working and volunteering in the field of culture and heritage since 2006 in both Nova Scotia and Newfoundland. She currently sits as Director on the Association of Newfoundland and Labrador Archives Executive Board and volunteers regularly with archives within the community. Alanna has contributed to several newsletters, magazines, and journals and has a particular interest in foodways and supporting small-scale community archives. As a Newfoundland and Labrador native Alanna will take any opportunity to get involve in the community and promote it’s people and places. 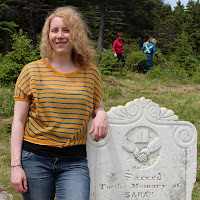 Lisa Wilson is the Heritage Foundation of Newfoundland and Labrador's Heritage Outreach Officer. Her interest in ICH began when in 2009 she chose textile traditions on the Great Northern Peninsula as the focus of her Master’s thesis. Since graduating in 2011, she has worked on several projects that have helped to widen her scope of knowledge within the material culture sphere. She has conducted research and written pieces on such topics as vernacular architecture, folk art, craft production, archival photographs, and most recently, cemeteries and headstone restoration. In this position she will be helping conduct research and build policy for the heritage districts program. She is particularly interested in exploring how the planning and promotion of heritage districts may lead to other important community-building activities. 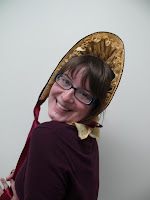 Nicole Penney works with the Intangible Cultural Heritage Office, helping communities shape their identity and preserve their traditional culture. Nicole has been working within the heritage community since 2004, and holds a BA in Folklore / English Literature and an MA in Public Folklore from Memorial University. She currently sits as secretary on the Association of Newfoundland and Labrador Archives board of directors and works and volunteers regularly within the archival community. Nicole contributes to various newsletter and blogs relating to traditional culture and has a particular interest in folk art and occupational folklore. She is a strong advocate of community level heritage projects and inter-generational activities. 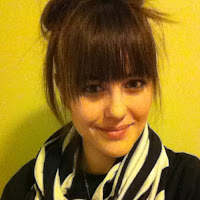 Sarah Ingram is an archaeologist working on a contract with the Heritage Foundation of Newfoundland and Labrador. Currently she is working on a research project with Dr. Philip Hiscock in conjunction with Memorial University on wells and springs in Newfoundland, and the memories, traditions and perceptions surrounding them. Sarah holds a BA in Anthropology and Classics, and is currently finishing up her MA at Memorial in Historical Archaeology. Her fascination in heritage stems from both learning through her graduate and undergraduate degrees, and a love of history that has grown since she was a child. Specifically, Sarah has always been interested in the relationship between the past and the present in communities, and how the past both influences and is represented now through interpretation, excavation, festivals, and tourism. This led her into archaeology in the first place, and more recently into folklore and working with the Intangible Cultural Heritage office.