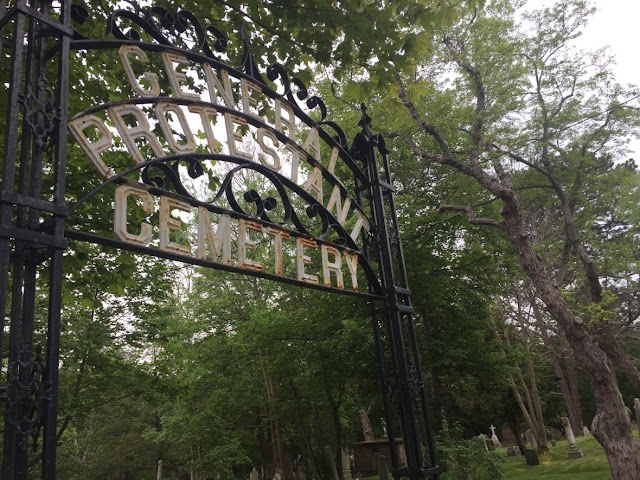 Suzanne Sexty has been researching the St. John's General Protestant Cemetery and the people buried there since her retirement in 2001. She first moved to Newfoundland in 1968 to work at the Henrietta Harvey Library at Memorial University, and has worked at different libraries in the province and the United States. Suzanne has also recently co-authored a book titled Long Overdue: SS Beverly (1885-1918) about a mercantile ship and crew lost during The First World War. She chats with fellow taphophile Dale Jarvis about the history of the cemetery, and some of its storied inhabitants.

The Living Heritage Podcast is about people who are engaged in the heritage and culture sector, from museum
professionals and archivists, to tradition bearers and craftspeople - all those who keep history alive at the
community level. The show is a partnership between HeritageNL and CHMR Radio.
Theme music is Rythme Gitan by Latché Swing. Photo by Krissy Holmes/CBC.
Posted by Dale Jarvis at 9:41 AM

Loved listening to this podcast. My father worked there for years and put a good many bodies in the ground there and also at Mount Pleasant Cemetery and my brother still works for them. Thanks for posting this.