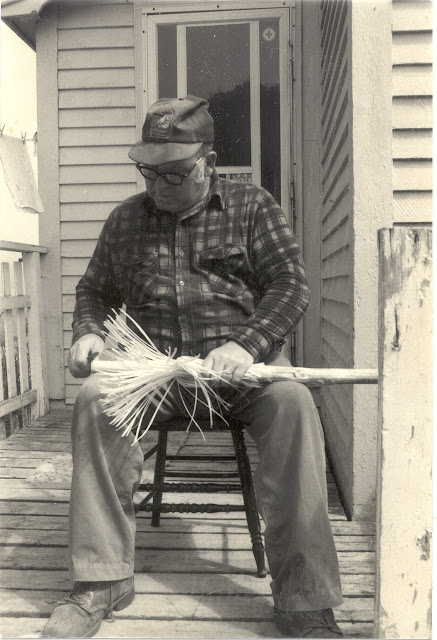 I think Mr. Heffern is from Salvage. I remembering meeting him when I was in high school in the seventies.

This mainlander was in Salvage the summer of 1979 testing the new well drilled after the road construction messed up the old one. It was close to where this gentleman lived (I am pretty sure this is the guy). He came down and talked at me for an hour or so, while pulling back strands on a spruce stick, making a broom. Gradually I came to be able to understand what he was saying as his accent was thick. I spent 3 days there. He even fed me a couple times. Seven years later I was in the Canada pavilion at Expo 86 in Vancouver, and it was Newfoundland week. There was an older gentleman there making a spruce broom. As I approached he looked up, and without missing a beat said, "the well is still working fine". It was as if he'd come to the mainland, and expected I'd drop by.