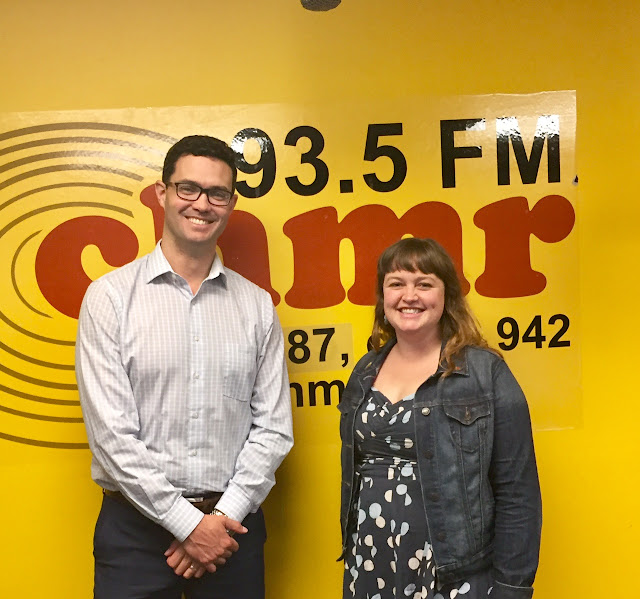 Chris Neary is President of the 2018 Royal St. John’s Regatta, which celebrates its 200th anniversary this year. In the past nine years, Chris has worn many hats with the Regatta. He’s been Vice President and Captain of the Course, Commutations Director, Secretary, and Treasurer. Chris is also an avid rower and has competed in many regattas across the province, including the Placentia and Harbour Grace Regattas, Fogo Island Punt Race, Canadian Henley Regatta, and Atlantic Championships. In this episode, Chris talks about the history of the Regatta, beginning with recreational races in the 1700s and the earliest known document announcing the St. John’s Royal Regatta in 1818. The Regatta isn’t just about sport- Chris also describes how the Regatta came to be the “a giant garden party,” with games of chance, food, and live music. The 2018 Regatta is the largest in history with 156 teams competing in 36 races. To learn more about the Royal St. John’s Regatta, visit the website here.

The Living Heritage Podcast is about people who are engaged in the heritage and culture sector, from museum professionals and archivists, to tradition bearers and craftspeople - all those who keep history alive at the community level. The show is a partnership between HFNL and CHMR Radio. Past episodes are hosted on Libsyn, and you can subscribe via iTunes, or Stitcher. Theme music is Rythme Gitan by Latché Swing.
Posted by Natalie at 9:00 AM No comments:

What Is Your Earliest or Favourite Memory from the Royal St. John's Regatta? #Folklorephoto

What's your earliest or favourite memory of the St. John's Regatta? Do you compete, watch the races, play the games, eat the food, or take in every aspect?