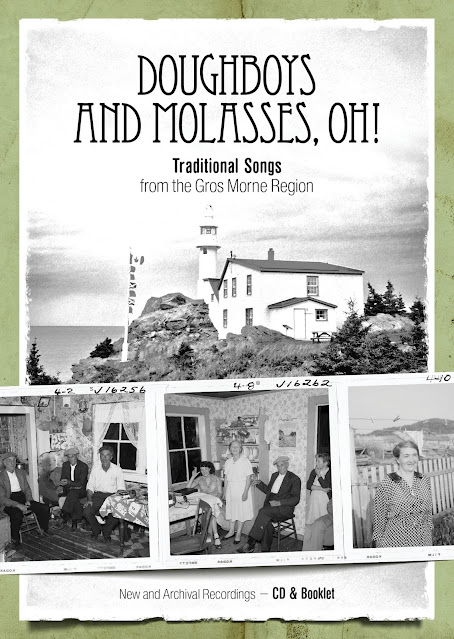 We chat with folklorist Dr. Anna Kearney Guigné about the new CD - Doughboys and Molasses, Oh!, which offers listeners a fresh perspective on the musical heritage of the Gros Morne region on Newfoundland’s west coast. Available on disc and digital download, the album features 22 carefully restored tracks originally recorded from local singers by folk song researchers in the mid-20th century.

Also included are four new performances specially commissioned for the compilation from musicians Anita Best, Matthew Byrne, Daniel Payne and Jim Payne. The accompanying booklet explores the stories of the songs, the singers and the collectors, as well as the role of singing in family and community life.

###
Living Heritage is about people who are engaged in the heritage and culture sector, from museum professionals and archivists, to tradition bearers and craftspeople - all those who keep history alive at the community level. The show is a partnership between HeritageNL and CHMR Radio. Theme music is Rythme Gitan by Latché Swing.
Posted by Dale Jarvis at 9:00 AM