Salvage Fisherman's Museum - the mystery of the missing chimney 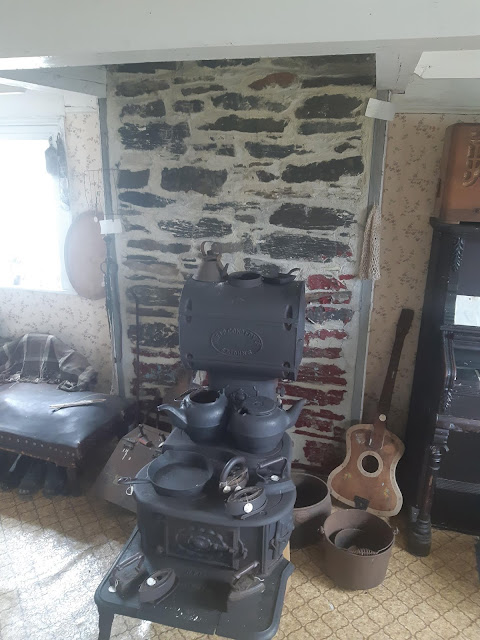 We've been doing some research in Salvage, helping out the volunteers at the Fisherman's Museum (the old Lane/Heffern House) to better understand the history of their structure.
Pictured above is the remains of what was once a large stone chimney/fireplace. What is visible is the back wall of the chimney, and if you look at the top of the photo, you can see hole where the fireplace used to be. There is a very heavy wooden beam that runs from wall to wall in front of the opening, which indicates how far out the fireplace once went. 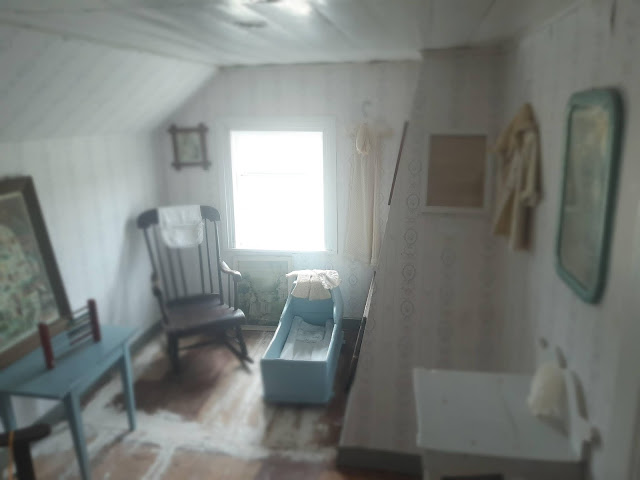 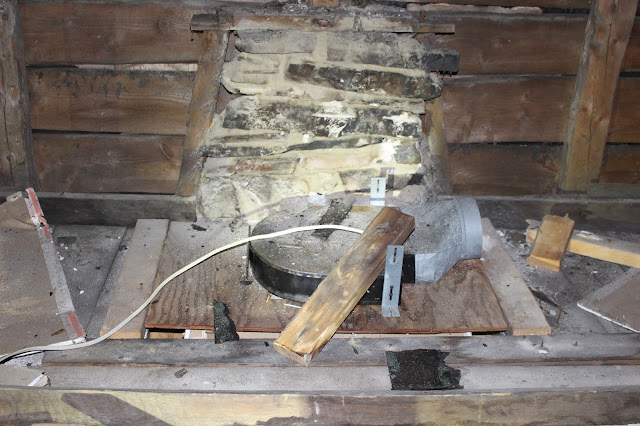 In the photo above, you can see the remaining back wall of the chimney. A blower vent had been installed at one point, and is no longer connected.

We were also able to crawl under the house, where the remains of the original chimney foundation are still visible. These are large stones, measuring about 1.5m from the back wall of the house, and about 2m wide. 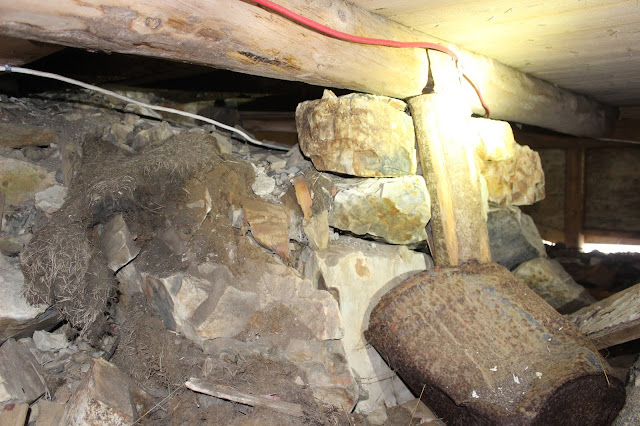 Looking at the remains of the chimney help us better understand the history of the Lane/Heffern House. We suspect the building was rebuilt/expanded in the 1880s or early 1890s, and the chimney may have been removed at that point. The height of the chimney suggests that the roofline was much lower at one point, possibly with the house being only 1.5 storeys high. Other physical evidence in the building suggests it also occupied a small footprint, and would have been a roughly square building, likely with one room centred around the large gable-end walk-in or "inglenook" chimney.  Originally, it may have looked something like the image below, taken from D.C. Beard's "Shelters, Shacks, & Shanties" published in 1914: 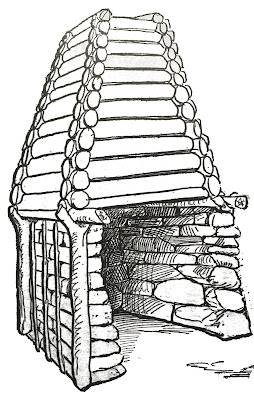 There are still a lot of questions to answer about the history of the house, including when and how it was originally constructed, and when it was modified and why. Stay tuned! If you have any information about the building, or memories of it before it was a turned into a museum in the 1960s, email research@heritagenl.ca or comment below.