Quick Reads in NL Vernacular Architecture: What is a Trunnel? 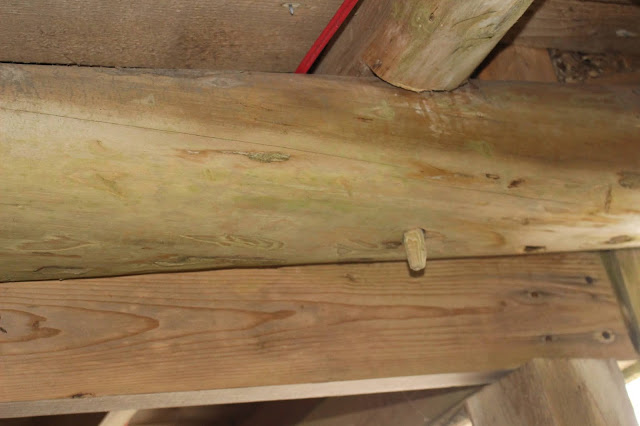 The photo above was taken underneath the Fisherman’s Museum in Salvage, Bonavista Bay, and shows the sill of the building, with a protruding trunnel. But what is a trunnel?

A trunnel (also spelled treenail, trenail, or trennel) is a remnant of ancient building technologies which you can still see in some Newfoundland and Labrador historic buildings. A “treenail” is essentially that, a nail made from a tree: a peg or tenon.  Devine’s Folklore of Newfoundland defines it as “Corruption of trenail: a wooden peg, a foot or so long, used for fastening ships' timber, wharf sticks, etc.” 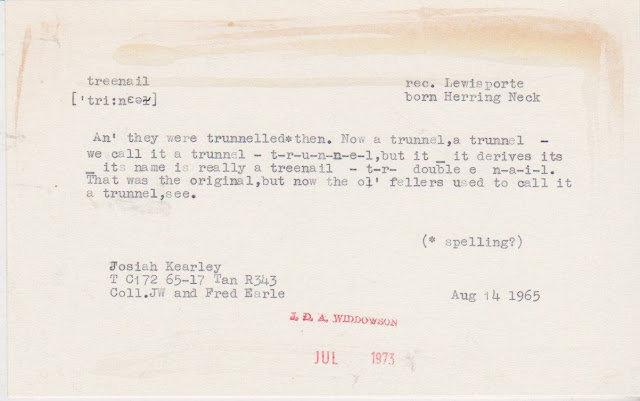 The use of wood as a fastener can be traced back over 7,000 years, and archaeologists have found traces of wood nails in the excavation of early European sites. When settlers arrived in Newfoundland, they brought their knowledge of trunnels with them, and used them in both house and ship building.  The Slade and Kelson Diaries, Trinity, for Monday 16th, April 1832, reports that a leak in the Caroline was found to have been caused by a “trunnel vacuum” - a hole left where a trunnel should have been driven in.

Treenails are cut from a single piece of wood, and used so that the grain of the treenail runs perpendicular to the grain of the receiving wood. This adds structural strength to the joint. Hardwoods were preferred, and when they couldn't be found in Newfoundland, they were imported, as the P. & L. Tessier advertisement below, from the Evening Herald of 1892-06-22, demonstrates: 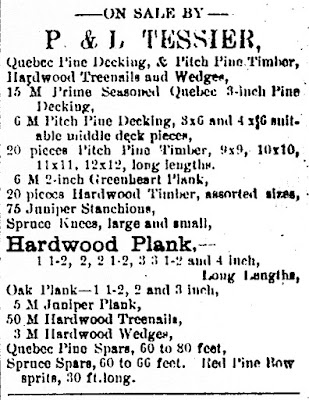