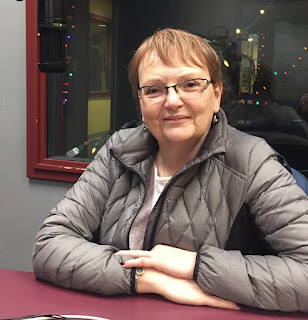 Edith Cuerrier is a French Canadian who grew up near Montreal and has been living in Newfoundland for almost two decades.  Edith has a background in photography and photo preservation and has worked as an archivist, project cataloger, and military photographer. She served in the Royal Canadian Air Force for 22 years before earning a Bachelor of Arts in Archaeology from Memorial University in 2006. In 2009, Edith completed a Master’s in photo preservation and collection management at Ryerson University. She works at The Rooms Provincial Archives in St. John’s. In 2016, Edith founded the Photographic Historical Society of Newfoundland.

You can join the society or learn more on the Photographic Historical Society on their Facebook page.


The Living Heritage Podcast is about people who are engaged in the heritage and culture sector, from museum professionals and archivists, to tradition bearers and craftspeople - all those who keep history alive at the community level. The show is a partnership between HeritageNL and CHMR Radio. Theme music is Rythme Gitan by Latché Swing.
Posted by Katie at 9:32 AM