Drown'd by the stroke of a whale, 1782: the grave of Jonathan Webber 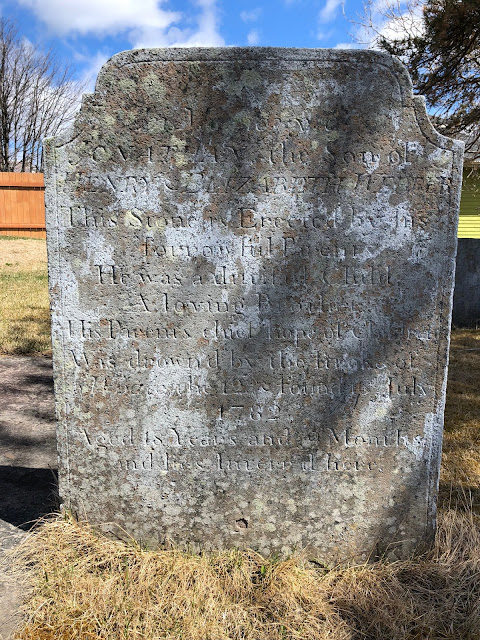 Recently, I came across an intriguing headstone inscription on the Stone Pics website, for the community of Harbour Grace, Conception Bay. It was for a young man who was killed by a whale, and who lies buried in St. Paul's Churchyard. The stone reads:

In memory of Jonathan the son of Henry & Elizabeth Webber. This stone is erected by his sorrowful parents. He was a dutiful child, a loving brother, his parents chief hope of children, was drown'd by the stroke of a whale the 12th & found 16th July, 1782, aged 18 years and 9 months, and lies interr'd here.


I asked Matthew McCarthy, the Economic Development Officer for the  Town of Harbour Grace if he knew about it, and he ventured out to the churchyard and took the attached photos. The stone lies approximately here.  Thanks to Anne Gosse, who sent along the entry on findagrave.com, which you can view here: https://www.findagrave.com/memorial/179594281/jonathan-webber

"Whaling was an exceptionally dangerous business both physically and economically," reads the New Bedford Whaling Museum website, "In the Yankee whale fishery injuries and death were common to almost every voyage" (1).

As one example, the brig Emeline, of New Bedford, sailed from port on the 11th of July, 1841. The captain, Captain Wood, was killed by a whale in July, 1842 (2).  Consider also this dramatic report published in The Patriot And Terra-Nova Herald 1851-12-22, about the fate of the whaleship Ann Alexander, also of New Bedford, on 20th of August, under the command of Captain Deblois:


...while in pursuit of whales, two of his boats that were out in pursuit were attacked by a large sperm whale, and completely demolished. The captain promptly ordered a third boat, and proceeded to the assistance of the men, who were thrown into the sea by the destruction of their boats. He succeeded in rescuing all of them, and reached his ship in safety. But the whale becoming  more frantic with rage, immediately directed his course for the ship, and struck her abreast of her foremast, injuring her so badly that she instantly filled. All hands took to the boats on the 22nd, and were subsequently picked up by the ship Nantucket... (3)


While it isn't explicitly stated on the stone, it is likely that young Jonathan Webber was engaged in the whale fishery of the time. The whale fishery was well-established in 18th-century Newfoundland.  By 1750, the Webber family of Boston set up business in Harbour Grace and made strenuous efforts to promote a whale hunt in Conception Bay; in 1766 Governor Hugh Palliser oversaw regulations for preventing disputes amongst whalers that arose from claims to a share in any whales. The whaling factory in Harbour Grace closed circa 1913, but memories of it lived on well past that date: the Harbour Grace Regatta was established using whale boats for the races, a tradition that persisted up to 1971. 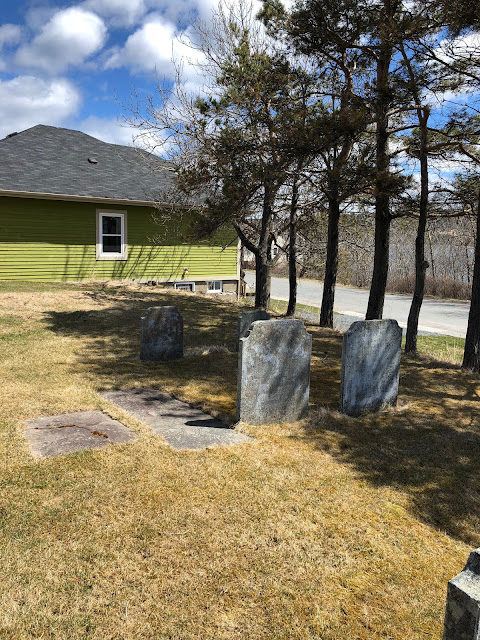 
Got a whaling story from your community? Let me know at dale@heritagenl.ca