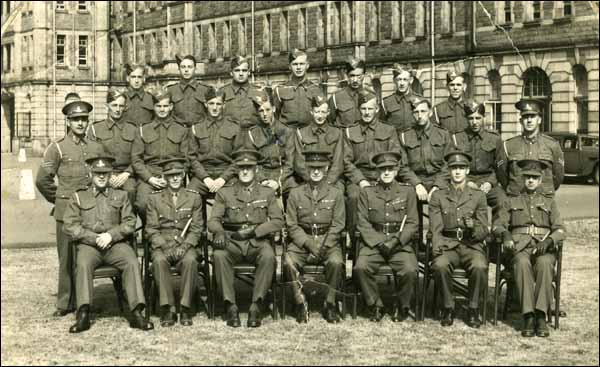 Here is your slice of offbeat Newfoundland history for the week, courtesy of the Newfoundland Quarterly (Spring Number 1945), all about a monkey and the 166th Royal Artillery:

A pet monkey that thrives on a diet of peanuts, roast potatoes, bully beef, milk and vermouth has been mascot of the 166th (Newfoundland) Field Regiment, R. A. for the past year.

Named "Sangro " because she was found in an enemy gun position during the Sangro River crossing near Ortona last year, the monkey has long since been taken on strength for discipline, rations and quarters. Lance-bombardier Tasker Cook of Woodland Farm, St. John's East, who owns the monk, claims "she's as cool as any gunner in the battery. I hope I can bring her home with me."

Before the war Bdr. Cook worked at dairy farming and though he admits he had many kinds of pets, a monkey is something new to him.

Gnr. Jack Hayworth of St. John's and Gnr. Avalon Frampton of 5 Long Street, St. John's also bunk in with Cook and Sangro. Gnr. Frampton is one of the Monk's best friends- "She's a very clean monkey, and she has never had a flea since we got her."

Before the war, Gnr. Frampton was a dry goods clerk at James Baird, Ltd., Water Street. He is a transport driver now with the regiment. His brother, Ralph, is in the Canadian Merchant Navy.


If you have a Newfoundland monkey story (maybe a memory of the Bowring Park monkeys?) I'd love to hear it!  dale@heritagenl.ca