Living Heritage Podcast Ep071 The Tradition and Business of Printmaking 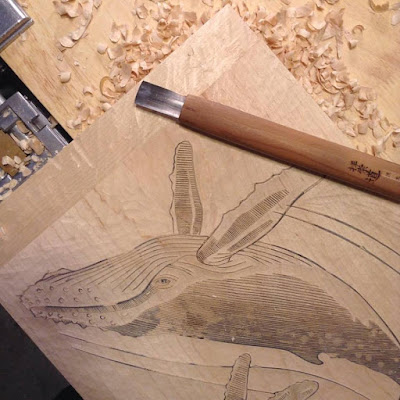 Graham Blair is a printmaker and graphic designer based out of St. John's, and holds a master's degree in Cultural Anthropology and Museum Studies from the University of British Columbia. After working in both non-profit and commercial galleries for a decade, Graham began pursuing printmaking full-time five years ago. He specializes in woodcut prints using techniques based on the earliest forms of printmaking, and in addition to selling his work at local craft fairs and venues, Graham sells his woodcut prints at the One of Kind Show in Toronto and, most recently, the Originals Show in Ottawa.

We talk about how Graham got his start in art and printmaking, specifically woodprints, his tenure at the Quidi Vidi arts plantation, the process of making woodcut prints, materials and tools used, Japanese techniques, his time at the Mi-Lab print residency at the base of Mount Fuji in Japan, the types of designs he favours and wildlife art, and his most recent acquisition - an antique book press.

Listen on the Digital Archive:
http://collections.mun.ca/cdm/singleitem/collection/ich_oral/id/705/rec/1

Loved listening to this episode! Graham is an incredibly talented and knowledgeable artist. Can't wait to see his latest works this summer.