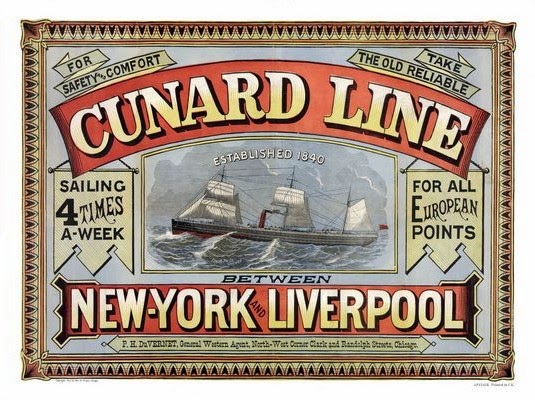 Announcing the International Conference: Trans-Atlantic Dialogues on Cultural Heritage: Heritage, Tourism and Traditions, 13-16 July 2015, Liverpool, UK
Trans-Atlantic dialogues on cultural heritage began as early as the voyages of Leif Ericson and Christopher Columbus and continue through the present day. Each side of the Atlantic offers its own geographical and historical specificities expressed and projected through material and immaterial heritage. However, in geopolitical terms and through everyday mobilities, people, objects and ideas flow backward and forward across the ocean, each shaping the heritage of the other, for better or worse, and each shaping the meanings and values that heritage conveys. Where, and in what ways are these trans-Atlantic heritages connected? Where, and in what ways are they not? What can we learn by reflecting on how the different societies and cultures on each side of the Atlantic Ocean produce, consume, mediate, filter, absorb, resist, and experience the heritage of the other?

This conference is brought to you by the Ironbridge International Institute for Cultural Heritage (IIICH), University of Birmingham and the Collaborative for Cultural Heritage Management and Policy (CHAMP), University of Illinois and offers a venue for exploring three critical interactions in this trans-Atlantic dialogue: heritage, tourism and traditions. North America and Europe fashioned two dominant cultural tropes from their powerful and influential intellectual traditions, which have been enacted in Central/South America and Africa, everywhere implicating indigenous cultures. These tropes are contested and linked through historical engagement and contemporary everyday connections. We ask: How do heritages travel? How is trans-Atlantic tourism shaped by heritage? To what extent have traditions crossed and re-crossed the Atlantic? How have heritage and tourism economies emerged based upon flows of peoples and popular imaginaries?

The goal of the conference is to be simultaneously open-ended and provocative. We welcome papers from academics across a wide range of disciplines including anthropology, archaeology, art history, architecture, business, communication, ethnology, heritage studies, history, geography, landscape architecture, literary studies, media studies, museum studies, popular culture, postcolonial studies, sociology, tourism, urban studies, etc. Topics of interest to the conference include, but are not limited to, the following:
Abstracts of 300 words with full contact details should be sent as soon as possible but no later than 15th December 2014 to

Email ThisBlogThis!Share to TwitterShare to FacebookShare to Pinterest
Labels: call for papers, conference