On Friday, Sarah and I drove out to Carbonear for another well hunting expedition. There we met with Florence Button, who had kindly offered to show us around for the afternoon, and Jim Fitzpatrick, a local resident with knowledge of several water sources in the area. The four of us then headed to the tiny community of Flatrock, just east of Carbonear, where we were joined by Stan Deering. As a lifelong resident of the area, he was a fount of information about water, and much more.
Stan showed us a variety of water sources. He took us to a shallow spring-fed well, with a metal liner, which once provided water to four homes. The houses are gone, but there is still water in the well. He also showed us two hand-dug, rock-lined wells: the first was 50-60 years old and has dried up and been filled in; the second was at least 75 years old and is still in use. Finally he showed us a spot on his property where water had been collecting naturally. He recently dug and lined a shallow basin to better contain it.

This last structure is a part of the ever-evolving museum that Stan runs with his wife, Loretta. Shades of the Past is a truly local museum (https://www.facebook.com/ShadesOfThePastMuseum). It houses a collection of photographs dating back to the early twentieth century, historical reconstructions of the surrounding area, drawn by Mr. Deering, and a wide selection of artifacts used for day-to-day life. There are several components to the museum apart from the dedicated photo gallery, rooms that have been lovingly put together as vignettes of a different time. We were lucky enough to have a tour of the museum, including a root cellar which Stan is currently in the process of building.

After we parted ways with Stan, Jim took us over to the property in Carbonear where he grew up, the Fitzpatrick family home, which is now owned by Jim’s brother, Bernard, and his sister-in-law, Irene. The property was interesting for several reasons. We saw our second root cellar of the day, and it was a thing of beauty (in my view). 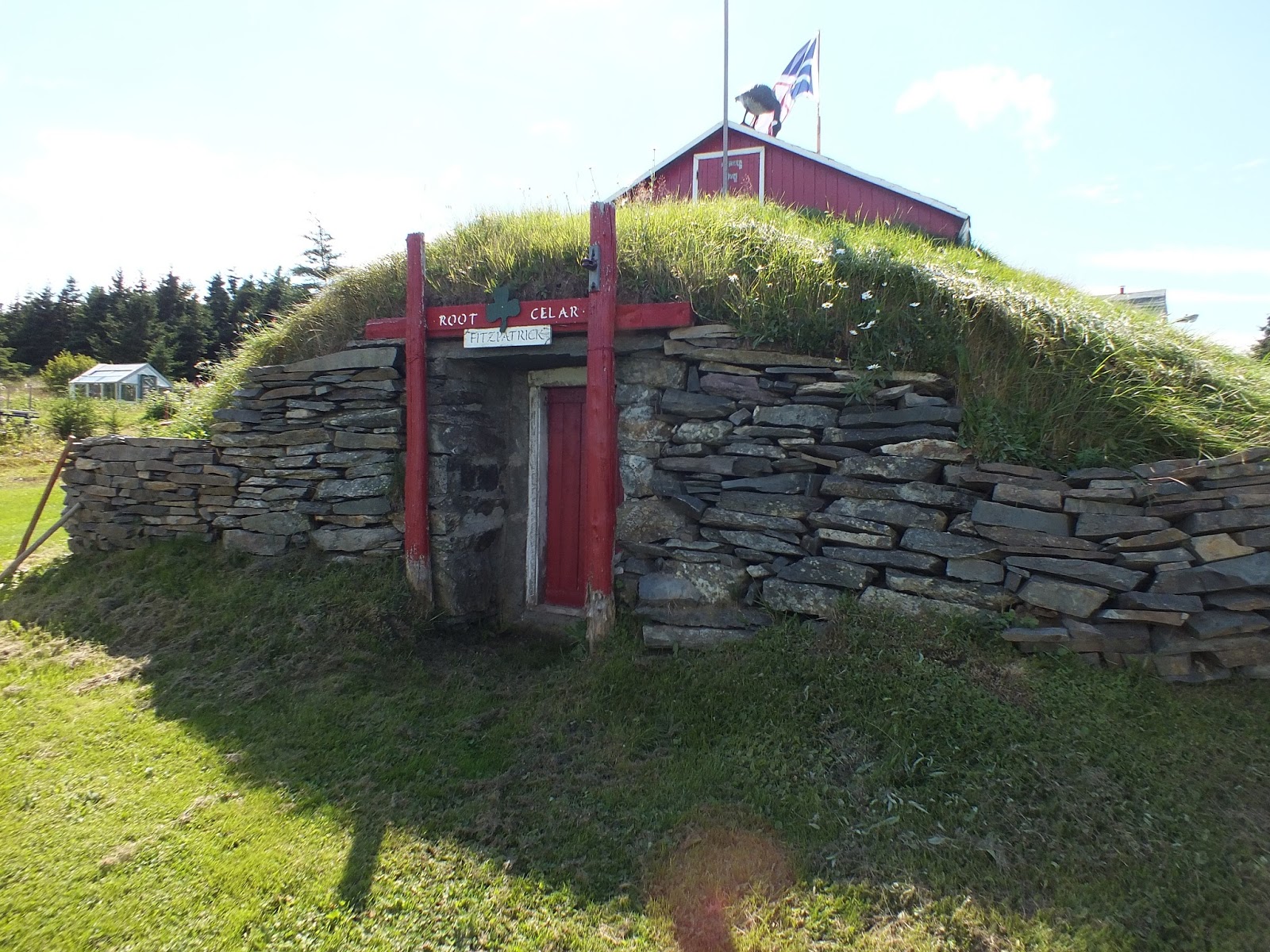 The well on the property was also lovely. Bernard constructed the current well house a couple of years ago. The well itself was much, much older than that. Jim and Bernard said that it was dug by their great grandfather or their great-great grandfather, and could have been there close to 200 years. It is fed by six underground springs and has never run dry. Neighbours used to come draw their water from the well in dry years. Bernard said that he has noticed a change in water flow in the past few years, which he believes to be a result of a subdivision that has been built up nearby. The well was also interesting to me in that it contained a trout. The well’s current resident – the in-house janitor, if you will – has been there for about ten years now. Sadly, he was a bit camera shy. 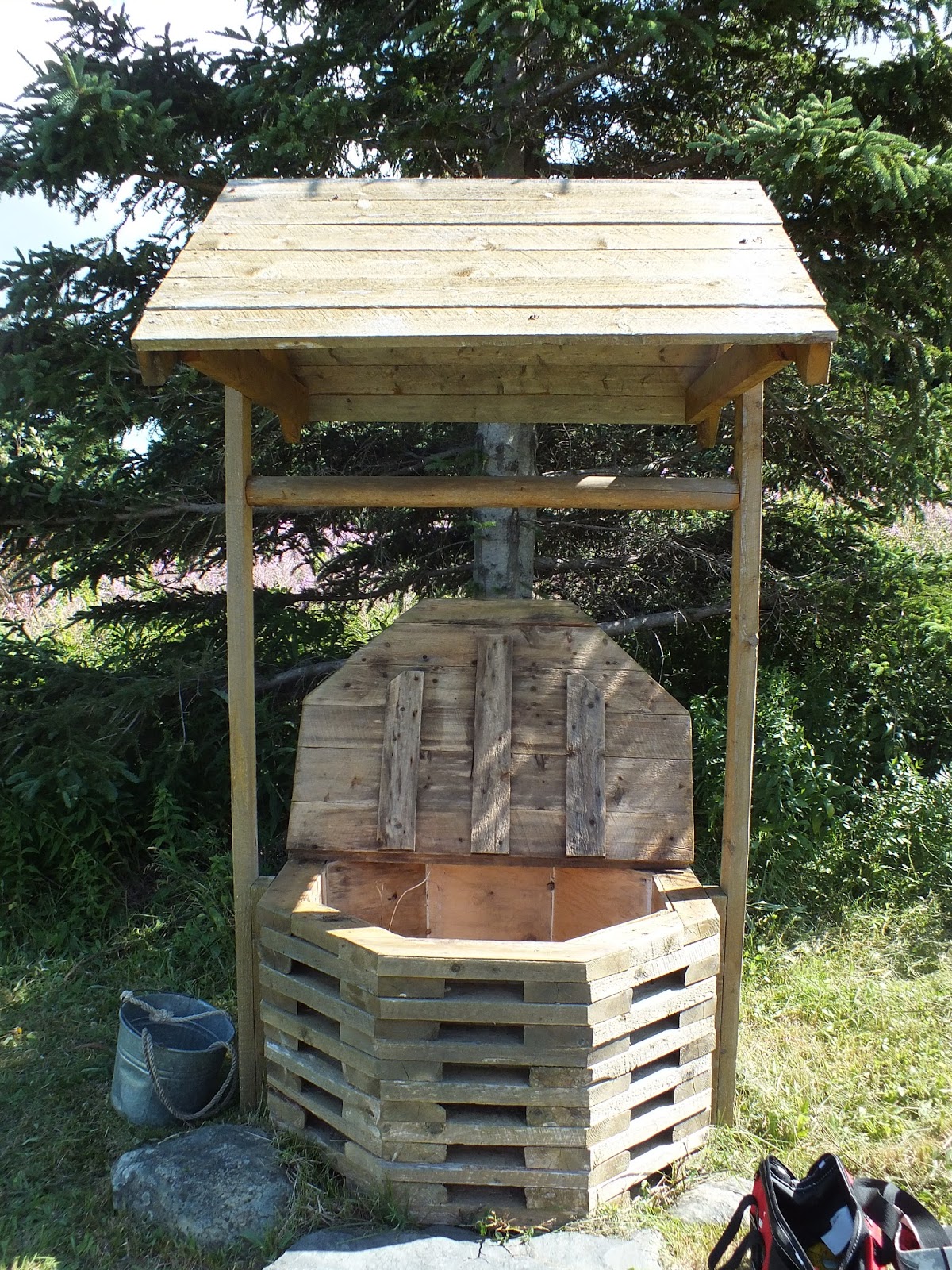 We had a wonderful and informative afternoon, thanks to the lovely individuals who shared their time and knowledge with us. Sarah and I both left feeling that we had barely scratched the surface and hoping to return to the Carbonear area very soon.

Sarah is still looking to hear from people about their wells, springs, and water memories.


Posted by Claire McDougall at 3:15 PM