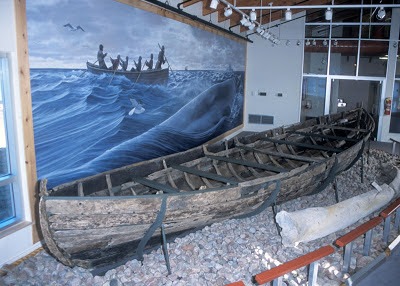 The news that The Red Bay Basque Whaling Station in Newfoundland and Labrador has been inscribed on the United Nations Educational, Scientific and Cultural Organization’s (UNESCO) World Heritage List was welcomed warmly today by the Honourable Peter Kent, Canada’s Environment Minister and Minister responsible for Parks Canada. The decision to inscribe the site on UNESCO’s prestigious list was made by the World Heritage Committee at its annual meeting, held in Cambodia.

“In declaring The Red Bay Basque Whaling Station a cultural place of outstanding universal value, the UNESCO World Heritage Committee has afforded Red Bay the highest recognition for a protected heritage place in the world,” said Minister Kent. “This international designation indicates that the site’s cultural characteristics are so exceptional they deserve to be protected for the benefit of all humanity. The Government of Canada is delighted that the Red Bay Basque Whaling Station now becomes Canada’s 17th UNESCO World Heritage site.”

Including its buffer zone, The Red Bay Basque Whaling Station World Heritage site takes in some 600 hectares of terrestrial and submerged resources, and properties managed by individuals, its municipality and other levels of government. Visitor opportunities at Red Bay National Historic Site, managed by Parks Canada, will continue to set the stage for experiencing what is the largest and most complete example of early industrial-scale whaling in the world.

Newfoundland and Labrador boasts numerous sites of important cultural significance, and Red Bay is certainly one of our province’s greatest treasures,” said the Honourable Terry French, Newfoundland and Labrador’s Minister of Tourism, Culture and Recreation. “We are honoured that this important part of our history will be protected and preserved under this heritage designation and now takes its rightful place among the other world-renowned sites.”

“This recognition from UNESCO is a major community achievement. I am thrilled for our Town and for the many partners who have worked on this project over the years,” said Wanita Stone, Mayor of the Town of Red Bay. I am very proud of all of our residents. We are ready and eager to share this cultural history with the world.”
Posted by Dale Jarvis at 11:49 AM