The past few weeks in Quidi Vidi have been spent gearing up for the bulk of the project to come. I’ve been working out of the Quidi Vidi Village Plantation for two weeks now and next week, finally, the interviewing process begins!


For those of you who may be unfamiliar with the project, the Heritage Foundation of Newfoundland and Labrador, in partnership with The City of St. John’s, is reaching out to the residents of Quidi Vidi Village to help preserve the memories and heritage of this unique community. Many of the families who live in Quidi Vidi have been here for hundreds of years and others have only moved here in recent years. Each person will have experienced Quidi Vidi differently, but the one thing that binds them together is place itself - all of their memories will be tied to this little fishing village. My hope with this project is to see which locations in The Village have memories tied to them, which spots have names not depicted on modern maps, and, most important, how the people of The Village feel about their community. 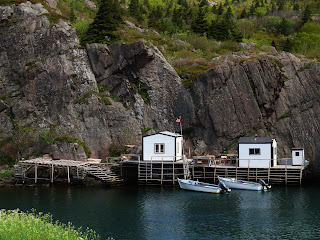 Most of what I’ve done so far is planning work so that the main part of the project goes smoothly, things like making contact with locals, setting up my office, taking preliminary pictures of The Village, reading history, and beginning to plot out buildings. All of these things will make the interviewing and recording process easier.

So far, the people that I’ve met in the village have been generous with their time and their knowledge. People like Craig Walsh, who owns a home and a fishing stage in The Village, John O’Brien, who has lived in Quidi Vidi his entire life, and “adopted Newfoundlander,” Peg Magnone, who once owned an antique store in Mallard Cottage but now resides in The Village. This project will be successful because of the people in The Village and their willingness to participate in recording their history and culture with my help.


Check back next week to see how my first week of interviews went!