In which a folklorist develops a fondness for vinyl siding.

In the heritage community in Newfoundland and Labrador, the general consensus is as follows: Vinyl Bad; Wood Good. We've seen a lot of fabulous heritage buildings in the province covered up with vinyl, resulting in a loss of heritage character and fine wooden detailing. Vinyl, to some architectural historians anyway, is The Enemy.

For every rule, there is an exception.  Today I opened an email from librarian Beverly Warford to find some pictures of vinyl siding that made me squeal with folkloric excitement. Yes. You read that right.

One of the things I love most about intangible cultural heritage is that it is in a constant state of evolution. Culture is not static; it is ever-changing. People adapt to changing times and materials, constantly. This is as true now as it was in the historical period. As a folklorist, it means there is always something new for me to study.

Over the past few months, followers of the ICH blog will know that we've been working on a project to highlight basket making traditions. In a sense, the culture of basket making in Newfoundland and Labrador is one of innovation. Mi'kmaw basket makers in Newfoundland were influenced by mainland Mi'kmaq, who in turn had been influenced by European settlers, as well as Black Loyalist and freed slave basket makers working out of African traditions. Mill workers in Corner Brook, Grand Falls-Windsor and other towns took English and American style baskets and made them their own, utilizing local materials. Inuit grass basket makers in Labrador were possibly influenced by Moravian craft traditions. The list goes on.

Mill lunch baskets were primarily made of woven wood, quite often birch, but Newfoundlanders, being Newfoundlanders, got creative with the materials they used. Once plastic salt-beef buckets were introduced in the later half of the 20th century, craftsmen started to cut strips of plastic for weaving. Others broke down hockey sticks to get the wood they needed.

And in the community of Pleasantview, near Point Leamington, the late Mr. Herbert Brett started using vinyl siding. His son, Rick, also carried on the tradition for a short time.

Mr. Brett's lunch basket is very similar in style to the wooden lunch baskets made by other Central Newfoundland basket makers like Angus Gunn and Alfred Menchenton, with the same curved wooden handles and hinged wooden lid. But instead of the baskets being fully wooden, Brett cut up different coloured vinyl siding into strips to weave the sides of the baskets, making baskets in a variety of styles: lunch baskets, round baskets, picnic baskets, even Easter baskets. We'll be adding all of these to our basket collection on Memorial University's Digital Archives Initiative. But for now, here are a few samples, with thanks to Bev and the Brett/Stuckless family for sharing! Love it or hate it, you'll never look at vinyl siding the same way again. 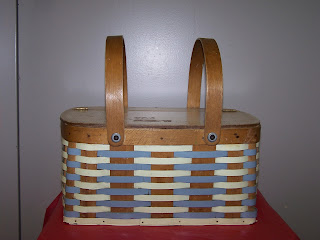 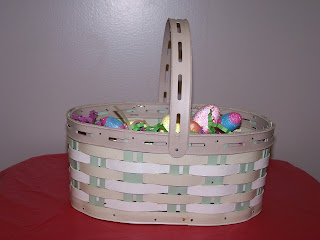 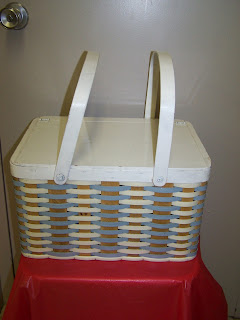 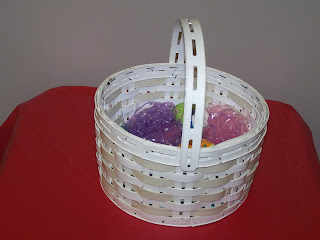