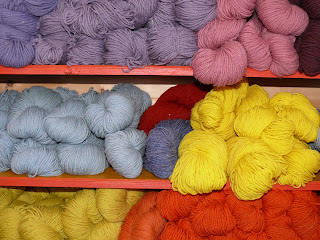 The Craft Council of Newfoundland and Labrador invites people across the province to participate in a special craft event as part of their 40th Anniversary celebrations. The Capturing Craft Photo Contest is a province-wide event encouraging the public to take a photo of their favourite craft item, local craft shop or a craft they're making themselves and share it with the Craft Council.

Says spokesperson Jennifer Barnable, "Craft is everywhere in Newfoundland and Labrador. Every household has it, whether it's the coffee mug you use in the morning, the scarf you wear on a wintry day, the art on your walls, or the mat you put your boots on. We encourage people across the province to share their love of craft with us as we celebrate craft."

Photos with brief descriptive captions can be e-mailed, Facebooked or Tweeted to the Craft Council until March 30th. Four fine craft prizes will be announced on April 2nd. For full contest details and rules are outlined at http://www.craftcouncil.nl.ca/news/capturing-craft-photo-contest/
Posted by Dale Jarvis at 7:46 AM

Thanks very much for sharing this with your readership, Dale!