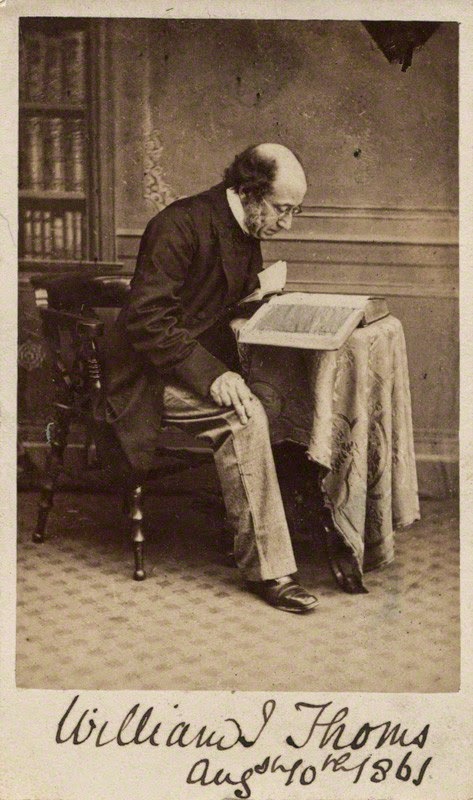 On August 22, 1846, antiquarian William John Thoms coined the term "folk-lore." Writing under the pseudonym Ambrose Merton, in a letter to the editor of the London magazine The Athenaeum, Thoms wrote:

Your pages have so often given evidence of the interest which you take in what we in England designate as Popular Antiquities, or Popular Literature (though by-the-by it is more a Lore than a literature, and would be most aptly described by a good Saxon compound, Folk-Lore,—the Lore of the People)—that I am not without hopes of enlisting your aid in garnering the few ears which are remaining, scattered over that field from which our forefathers might have gathered a goodly crop. No one who has made the manners, customs, observances, superstitions, ballads, proverbs, etc., of the olden time his study, but must have arrived at two conclusions:—the first how much that is curious and interesting in those matters is now entirely lost—the second, how much may yet be rescued by timely exertion…. It is only honest that I should tell you I have long been contemplating a work upon our “Folk-Lore” (under that title, mind Messes. A, B, and C,—so do not try to forestall me);—and I am personally interested in the success of the experiment which I have, in this letter, albeit imperfectly, urged you to undertake.

Email ThisBlogThis!Share to TwitterShare to FacebookShare to Pinterest
Labels: folklore