Living Heritage Podcast Ep190 - Nurse, you have got to come! 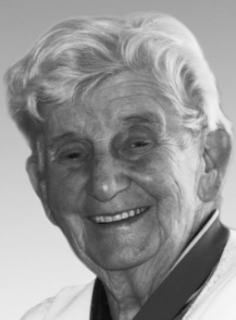 Gwenllian (Gwen) Decil LeGrow was born in South Wales on December 10, 1912. She served as a radio operator during World War II, and became a nurse in London England. Gwen loved adventure and in 1949 went to Newfoundland to serve as a nurse in the outports. It was there she met and married the local RCMP officer and love of her life Reg to whom she was married for fifty-three years. In the 1980s, Gwen LeGrow was interviewed by Marilyn Marsh on nursing practices in Newfoundland. In this remarkable bit of archival audio, she talks about her experiences as a nurse in outport Newfoundland, London during the blitz, and her early work as a midwife. Gwen Legrow passed away in Calgary in 2009 at the age of 96 years.

The Markland Cottage Hospital was designated by the Heritage Foundation in 2007 due to its historic and aesthetic value. The hospital was built in 1935 by the Commission of Government and was opened January 1, 1936. The hospital was one part of the government’s Land Settlement Scheme which intended to have families set up farms, raise animals, and build communities. It is also one of 19 cottage hospitals built across the province to serve rural communities. Although agriculture never caught on in the area the hospital remained in operation until it was phased out in the 1980s and officially closed in 1985 with the opening of a new clinic in nearby Whitbourne.
On Friday June 24, 2016 the Cottage Hospital, which now operates as a Rodrigues Winery and Distillery, hosted a large group of former hospital staff. Everyone from nurse’s aides to administrative staff was in attendance. There were great stories told about the staff’s time in the hospital. Many nurses, aides, and other staff members lived on the second floor of the building. The Heritage Foundation staff was invited to attend the afternoon event by Lionel Rodrigues of Rodrigues Winery which now operate out of the former hospital.
Michael, Andrea, Pei, and I arrived amidst a flurry of old friends. There were big hugs, loud greetings, and many smiles. It was great just to walk through the old building, see the photographs on the walls, and listen to the stories about the staff’s time in the building. We heard stories about the pranks the women played amongst themselves and even on RCMP officers, how and where the women would sneak out of the hospital to see boyfriends or go dancing in the evenings, which rooms were dormitories, where the kitchen and dining room were, and how many beds were found in the men’s and women’s wards.
One of the ICH Office’s newest projects is the Collective Memories project which aims to capture the stories of seniors and make them accessible to the public. This is the main reason I headed out to Markland – to hear some stories and talk with the former staff about the possibility of doing follow up interviews about their time working in the hospital. Andrea and I talked with several women and returned to the office with a long list of names and numbers. The stories from Markland’s Cottage Hospital would make an interesting collection so keep an eye on the blog for their stories as we follow up with the cottage hospital workers.
If you would like to learn more about the designation check out the Heritage Foundation’s website, and if you want to see the hospital for yourself and enjoy a lovely wine tasting contact Rodrigues Winery! Thanks to Rodrigues Winery for the invitation and a big congrats on hosting such a lovely event.
~Terra Barrett
Posted by Terra Barrett at 8:50 AM No comments:

Boxes Under the Bed? Digitization and Oral History

Have an oral history collection you don’t know what to do with?  Need help digitizing these collections?
The Heritage Foundation is looking to help you out!

Maybe they’re in your storage room, or in your bottom desk drawer – those shoeboxes of cassettes, CDs or reel to reel tapes that were collected by a summer project, seniors’ group or JCP worker. These were the recordings that were going to preserve the voices of the past – but here they sit with no voice at all! You don’t know what’s on the recordings, you don’t know much about who made them – maybe you don’t even have the equipment to play them!

As part of the Collective Memories project the Heritage Foundation of Newfoundland and Labrador is looking to help community organizations, municipalities, and church groups digitize their oral history collections to make them accessible for future generations. Collected stories will be made available through Memorial University’s Digital Archives Initiative, which is a free, public website where the HFNL stores the photos, videos, and interviews it collects.

The Collective Memories project is part of HFNL’s ongoing Intangible Cultural Heritage program. The program works to safeguard the living heritage of the province for present and future generations everywhere, as a vital part of the identities of Newfoundlanders and Labradorians, and as a valuable collection of unique knowledge and customs.

How can you access to those voices from the past? How can you preserve and use them? Contact the Heritage Foundation! If you would like more information on how your group can get involved please contact Terra Barrett toll free at 1-888-739-1892 ext. 6 or terra@heritagefoundation.ca.

A Valentine's themed ICH newsletter, sealed with a kiss! 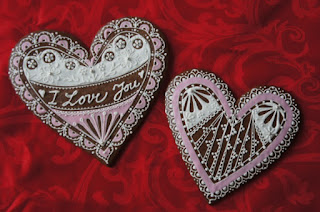 In this special February edition of the Intangible Cultural Heritage Update for Newfoundland and Labrador, our contributors get all romantic. Learn about the Heritage Foundation's celebration of Heritage Day 2013, enjoy some traditional Czech pernicky (gingerbread), explore love stories from the appropriately named community of Heart's Content, see how an outport nurse celebrated her honeymoon, and lock up your loved ones. We love you, folklore!

In cooperation with the School of Nursing, and Memorial's Digital Archives Initiative, we've been placing a series of oral history interviews with Newfoundland nurses online.

Today being International Women's Day, we're showcasing one of those interviews, featuring former nurse Gwen LeGrow discussing nursing practices in Newfoundland. In it, she talks about being called away on her wedding night to attend to a birth, and other adventures associated with being a district nurse in rural Newfoundland, as well as a great story about surviving a V2 bombing in England during World War II.

If you've got half an hour, take a listen. Nurse LeGrow is an excellent storyteller, and her stories are full of passion, humour and an obvious love for the people who she served as a rural nurse in La Scie, as a midwife, and as a staff nurse at the Janeway Hospital.

The Voices of Nurses: Clothilda Benson

As part of a partnership between our office, the School of Nursing, and Memorial University's Digital Archive Initiative, we've been putting a series of interviews with nurses online. One of those recently-added interviews is one conducted by Marilyn Marsh with former nurse Clothilda Benson, recorded in 1987, when Ms Benson was in a nursing home with Parkinsons disease.

In this recording Ms. Benson recalls her nursing career; early memories at Cook St.; nursing training at the Grace; the 3 year nursing program; Margaret Canning; her days as a nursing student; her active life before she was a senior; working 12 hour shifts; nursing teachers; doctor lectures; nursing curfews; social activities of a nursing student; discipline; 12o' clock late leave; changes in the career; the Grace in the past and present; manual labour; patient care; family; nursing standards; and treatments for childbirth.

Listen to the interview here
Posted by Dale Jarvis at 11:12 AM No comments: