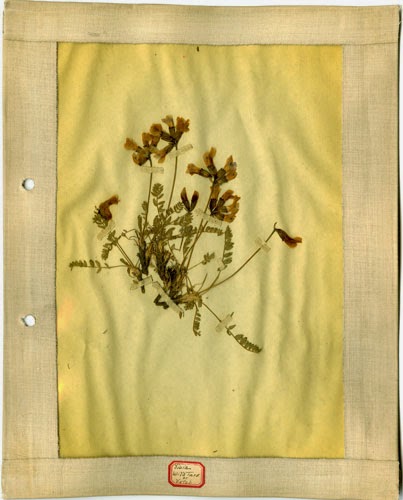 Item MG 63.1937 in The Rooms Provincial Archives from the International Grenfell Association Fonds. Entry includes the following quote from inside the album cover:
"These little plants and blossoms changed the forbidding landscape to the softest, loveliest inviting hues one can imagine. A gentle tribute to the Creator of our universe. K.G.A"

The Protest Songs of Quidi Vidi

Confronting change can be a major challenge for the long-time residents of any community. Across the province, for residents of rural and urban communities alike, it's a struggle that many have experienced. For the residents of Quidi Vidi Village, for example, this kind of challenge has been persisting over several years. In terms of change around land use and development, it seems that the village is beyond the point of no return. During a recent series of oral history interviews I conducted "in the gut," many present and former residents reflected fondly on the village's past, but also stressed the negative impact of such drastic change, on both a personal level and on the welfare of the greater community.

Something that everyone can recall is how the community banded together to resist a development plan that was poised to alter the social and physical landscape that they had always known and loved. Here are a few protest songs written and performed by community members when a controversial waterfront housing project was underway. When these songs were being written, they didn't know yet what we know now: this development was going to happen, whether or not the community members were singing their songs... but as one former resident pointed out, "You can't say we didn't try!" To me, these are beautiful songs. They show creativity and integrity in the face of adversity, and represent the powerful ties that people tend to feel to where they are from.


Have members of your community written any protest songs? What are the issues and changes that you have confronted where you live? Feel free to contact me with your songs and stories. I'd love to know more. Contact lisa@heritagefoundation.ca.

-Lisa
Posted by Unknown at 4:09 PM No comments: