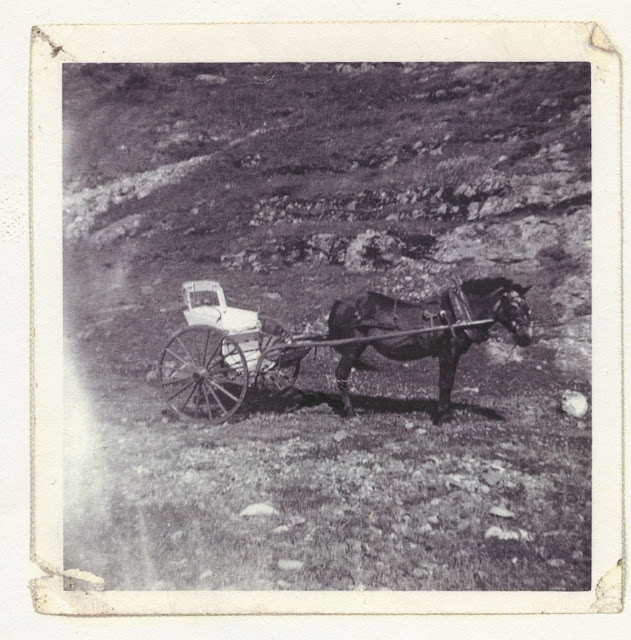 This week's folklore photo is of a horse and cart, taken in Marysvale, Conception Bay (formerly Turk's Gut). The photo comes from Mrs. Bride Power, who has been running the Turk's Gut Heritage House for many years. The date is unknown.

Does this spark a memory for you? Send us a note! ich@heritagefoundation.ca

Last Thursday Dale, Kelly, and I drove to Marysvale for a series of oral history interviews as part of the Collective Memories project. The interviews took place at the Heritage House which functions as a museum and tea room during the summer. The community has received some funding to have the interviews fully transcribed and these first four interviews were sent to a transcription company in central Canada over the weekend.

We received the full transcripts this week and noticed something a little curious. During the interview with Patricia Whalen and Shirley Ryan, the pair discussed garden parties in the community. They were talking about a particular food which was eaten at the party as well as taken away. The transcribers in mainland Canada were unable to figure out what food was being discussed. Read the excerpt or listen to the clip below and let us know what food they were talking about!


Shirley: And when I first moved down here we had garden parties. I'd never seen a garden party, I mean we had fairs up in the mainland, but garden parties, oh my gosh … Oh it was marvellous.

Dale: So what would happen at a garden party?

Shirley: They'd have little boats for the children and they spin wheels for numbers and they had boats and … Oh it was grand … In the churchyard … Either that or in the hall … On the hall. It was great, oh my gosh. And they had a big meal. [Unintelligible 00:32:12] plates, everybody would go in the hall and sit down and pay for their [unintelligible 00:32:17] plate and have it … Either that or takeout.

Posted by Terra Barrett at 12:15 PM No comments: 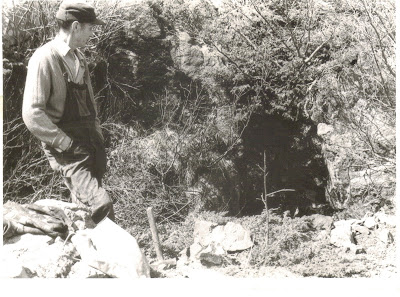