What Did You Do with Sawdust in Whiteway?

Whiteway, a community around Trinity Bay, was once home to two sawmills run by two different local families. The Drovers, who lived to the North of the brook which powered their mill, had a shingle mill which they established soon after arriving in Whiteway in the 19th century. The Burgess mill (pictured below) was established many decades after the Drover mill, in 1919. In both cases, milling provided some supplementary income to declining fishing wages and prospects. 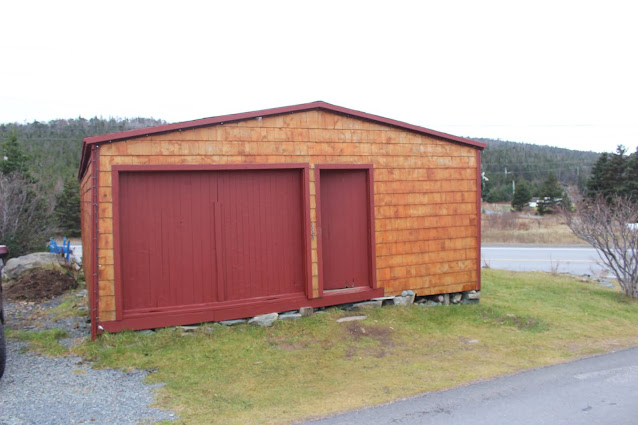 Beyond making Whiteway a great place to get lumber and shingles, these two mills also changed Whiteway’s landscape by producing mountains of sawdust through the milling process. The Drovers mill produced so much sawdust, in fact, that locals today highlight an area on the western portion of the north bank of the brook their mill was powered by as being the historic location of the ‘Drover’s Sawdust Pile.’ Similarly, members of the Burgess family recall a mount of sawdust being put between the house and mill until the mid 1920’s, when a garage was built. After that period, sawdust was piled behind the sawmill.

Far from being useless, sawdust is a very versatile material because of its insulating properties. In the case of Whiteway, the abundance of sawdust made it an easy material to use to help preserve ice after the winter. Some of the Burgess family today even recall that in the winter, blocks of ice were cut from Jimmy Rowe’s Pond and buried in sawdust. The ice was used to preserve salmon which had been caught out in the bay, which was later sold to the Harnum's in Hearts Delight, Cramm's in Green’s Harbour, and the Moores in Carbonear. Saws used to cut ice from Jimmy Rowe’s pond remain in the Burgess sawmill to this day. As Bob Burgess writes,

‘Once the ponds froze over, the horse and sled would be driven across the pond in the morning, logs would be hauled out before lunch time, lunch was eaten and our uncles would change out of sweat-filled clothes, then head back across the pond to bring out more wood. This continued until the pond ice broke up in the spring.’

Below, you can see a painted wood carving of the Burgess family collecting ice to be stored in sawdust. Today, the piles of sawdust that were once around Whiteway are gone, and the mills have fallen out of use, but the legacies of the Drover and Burgess milling enterprises continue to be featured in local historic accounts. 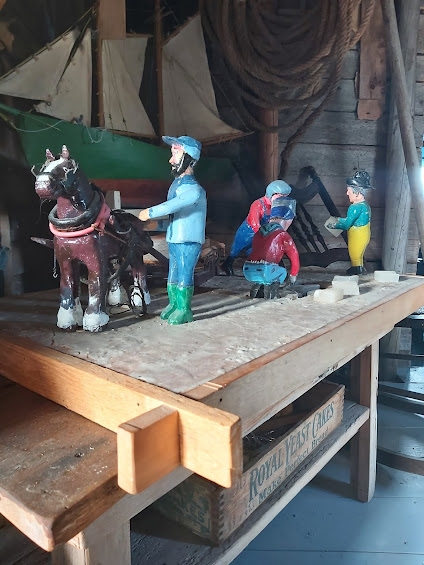 Remember the ice house at my grandparents farm in Harvard Massachusetts, early 1950's. Big blocks of ice covered in hay and sawdust!