Music has always been central to everyday life in Newfoundland and Labrador. From work songs to hymns, fiddle tunes to symphonies—music expression plays an important part in the cultural life of this province. Choral director Ignatius Rumboldt proved that folk and classical singing alike could be enjoyable and accessible for people across the province. Through his role as a choirmaster and music educator in the 1930s-1970s, he was essential to the creation of a choral music community that flourished in communities throughout Newfoundland and Labrador.

Ignatius “Nish” Rumboldt was born in 1916, one of seven children in a fishing family from Curling. Upon his mother’s death in 1921, the family split up and six year old Nish was sent with his brothers to the Mount Cashel Orphanage in St. John’s. Despite the upheaval, Nish thrived in the arts and music classes offered at the orphanage. His talent caught the eye of Basilica organist and local businessman Charles Hutton. Hutton mentored young Nish and helped him get advanced lessons in voice and music theory. Nish was only 15 years old when Hutton offered him the position of assistant organist at the Basilica in 1931. Hutton retired 5 years later and Nish took over his position as the chief organist and choirmaster. He held the post for the next 16 years. During this time, Nish organized choral and orchestral concerts for St. John’s audiences, to great acclaim. He also taught choirs at Catholic schools across the city and was an early supporter of the Kiwanis Music Festival competition. 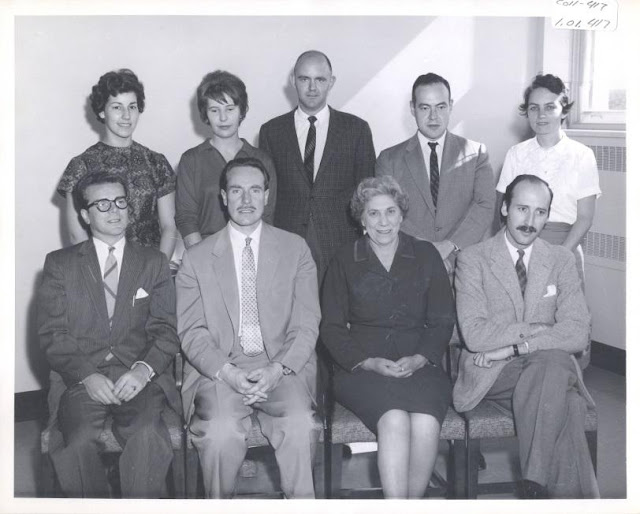 Nish Rumboldt is probably best known for his work in establishing choirs across the province in the 1950s and 1960s.  He was one of the first musical directors to add Newfoundland folk songs to the choral repertoire, first with the CJON Glee Club and then with MUN Extension choirs across Newfoundland and Labrador. His spirited interpretations of traditional Newfoundland songs were popular with choristers and audiences alike. Nish hoped hearing the music would inspire people to learn more about the province’s folk music traditions. “I used every opportunity I could,” he later recalled. “[I]f we were asked to sing at a government banquet and we had distinguished visitors, we’d sing a little of every type of music, but I’d be sure to finish up with Newfoundland music.”

Nish believed anyone could join a choir, as long as they were eager to learn. “I met a few people who couldn’t sing at the time but I never discouraged them,” he once said. “One chap came, give him a note and he’d sing anything but. And he became one of my soloists later.” One former soloist in a choir of Nish’s remembered his kindness to choir members. “He was so gentle with his singers,” she recalled.  “Even if they couldn't sing that well, he never put anybody down, he kind of lifted you up”. 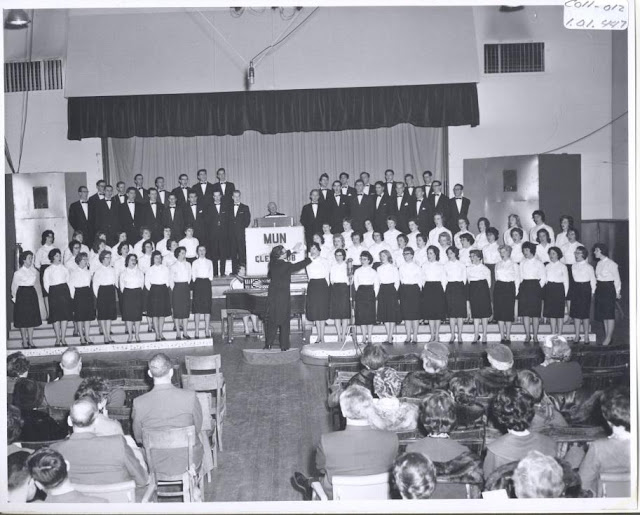 Nish Rumboldt was admired across the province for what one writer described as "the ability to transfer his verve and love of life to a choir and on to an audience." His work with choirs eventually resulted in his 1975 recognition as a Member of the Order of Canada. Nish retired in 1980, the same year he was awarded a honourary doctorate from Memorial University in recognition of his tireless work to promote choral music in the province. This work lives on, despite his death in 1994. The Department of Music, which owes its creation in part to Nish’s advocacy, now carries a scholarship in his name. And the active choral community in this province today certainly owes a debt to the lifelong efforts of Nish Rumboldt.

Were you in one of Nish Rumboldt’s choirs, or did you work with him in the choral community? Share your stories, memories, and photos with us at commemorations@heritagenl.ca

Email ThisBlogThis!Share to TwitterShare to FacebookShare to Pinterest
Labels: music