Do you have a memory of Muddy Hole, Shearstown? 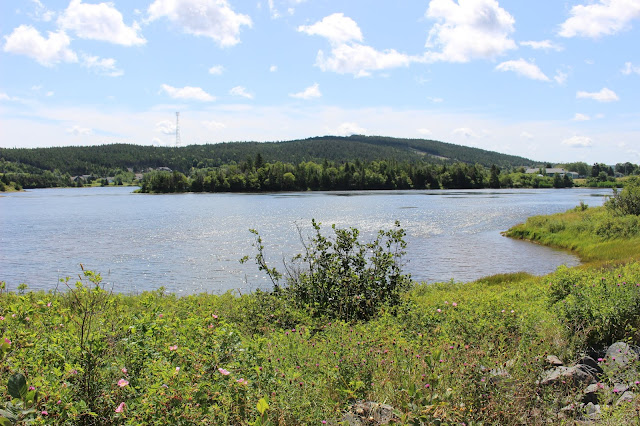 Starting in the early 1800s, men from Mercer’s Cove and French's Coves visited the area bordering Bay Roberts and Spaniard’s Bay “chasing the wood” -- collecting winter firewood. As the area was more sheltered than the coast, some families started to overwinter there, returning to Bay Roberts in the spring. Eventually, they settled there permanently.

Some of the earliest family names of the Shearstown pioneers were Holmes, Earle, Hedderson, Badcock, Sparkes, Franey, French, Saunders, and Mercer.  Some settlers like Augustus Mercer worked in the fishery, while John and George Tetford set up a cooperage. The area was originally known as Ryan's Brook or The Gut, but in 1905, the name was changed to Shearstown in honour of the Reverend W.C. Shears.

During its early years, the most prosperous part of Shearstown was the section of the community known as Muddy Hole, which lies near the mouth of the Shearstown River. This was once a bustling trading place where people from Shearstown and its surrounding communities would go to buy supplies.

Do you have a memory of the section of Shearstown known as Muddy Hole? Heritage NL and the Town of Bay Roberts are working on a Virtual Museum Project, and any of your stories, photos, or memories of Muddy Hole are welcome!  You can email Dale Jarvis at dale@heritagenl.ca or call 1-888-739-1892 x2.