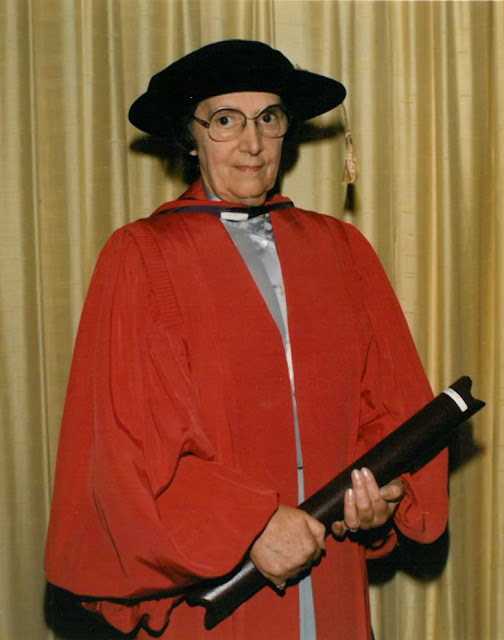 Heritage NL - in partnership with The Rooms and NL Credit Union - will be announcing this year’s designations to the Provincial Historic Commemorations Program (PHCP) on Wednesday, September 18th, at 7:00 pm at The Rooms Theatre, 9 Bonaventure Ave., St. John’s, NL. The Hon. Bernard Davis, Minister of Tourism, Culture, Industry and Innovation - along with representatives of the heritage, craft and Indigenous community - will join Heritage NL at this year’s event.

The PHCP (administered by Heritage NL) commemorates provincially significant aspects of our history and culture. It is unique in that it also recognizes intangible aspects of our culture and heritage – the customs, cultural practices, traditional skills and knowledge that define our province and our people.

Since the Program's inception in 2010, 35 designations have been made, including the two designations being recognized on September 18th: Red Indian Lake as a Unique Place and Dr. Anna Templeton as an Exceptional Person from the Past.

Red Indian Lake has a place in the collective imagination of this province. It has been a place of refuge and a place of promise. The Beothuk spent the last years of their existence on the shores of Red Indian Lake. A century later, as the railway pushed into the interior of the island, Lewis Miller started a logging operation here. The town named after him would be settled by fishermen who traded skiffs and fishing premises for saws and logging camps. Two decades later a mine was established on the northern shore of Red Indian Lake and Buchans was quickly developed, along with a new “company town” way of life. The railway town of Buchans Junction developed as a branch line from the main railroad was constructed to facilitate the transportation of equipment and minerals to and from Buchans mine. At first glance, these four communities have little in common. But they all have a story to tell about how a hinterland became home.

Anna Templeton is perhaps best known today for a craft centre named in her honour in downtown St. John’s. But our province's modern crafting scene would not exist as it does today without the woman herself. She was a pioneer of the province’s cottage craft industry. Through her work with the Jubilee Guilds and the Department of Education, Templeton made craftwork accessible and profitable for rural women. She empowered women to learn new skills, gain personal confidence and earn their own income. Anna defied societal expectations of women through her fieldwork and her leadership as she championed the wider recognition of traditional crafts and craftspeople. She contributed to the creation of the Craft Council of Newfoundland and Labrador and to the textile arts diploma at the College of the North Atlantic. The province’s vibrant craft industry owes its modern prominence in no small part to the foundations laid down by Anna Templeton.

For more information on the Commemorations program visit http://commemorations.ca/about/.

Heritage NL is a provincial crown agency with a mandate to stimulate an understanding of and an appreciation for the architectural heritage and intangible cultural heritage of the province. For more information visit www.heritagenl.ca.