Remembering the Hant's Harbour Post and Telegraph Office, an interview with Clarence Snook. 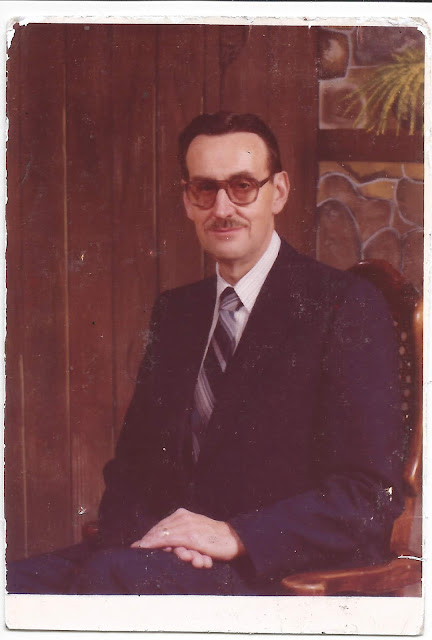 On 10 June 2019, Dale Jarvsi sat down for a chat with Mr Clarence Snook, of Hant’s Harbour, NL, at his apartment at the Admiral's Coast Retirement Centre, Conception Bay South. Now in his 90s, Mr Snook had been the telegraph operator and postmaster in Hant's Harbour for 11 years,  starting before the end of the second World War. This is his story of how he got started and of the women who trained him in.


Well the lady retired through illness and I had been interested in telegraph, in Morse telegraphy at the time. I was training through another lady, an ex-school teacher over there who also was a postmistress at one time. She was proficient in Morse code, so I went through all one winter and trained under her to learn the Morse telegraphy.

So the following spring, the lady there, Miss Melina Critch, she had been there for many years and her health broke down, and the secretary of... telegraphs – who was the Newfoundland government at that time – called, and wondered if I could struggle through with it even though I hadn’t been officially in the office but I had been trained.

I’d just finished high school. I suppose I was probably 18? I had trained in telegraphy independent of the post office that winter. I was attending classes for this lady who’d – I don’t know where she came from, somewhere from out in the community – and I knew that she was proficient in telegraphy. And by arrangement with her schedule I used to go there nights, and eventually I became I suppose proficient in the Morse code.

I was there all long winter, you know, spasmodic right? I didn’t go there every night now but pretty well I’d be there three or four times a week, you know? And it went over very well. She was good as a teacher. And then of course I went over – when Miss Critch [left] – she must’ve been there for I’d say 25 or 30 years.

She was what I would term almost a Florence Nightingale of the community. In those days everybody were letter-writers, and if there was somebody who couldn’t express themselves very well in a letter, they’d go to Melina, Miss Melina, and ask her to write the letter.

She spent hours and weeks I suppose that she never got paid for, nor did she charge for. She was just an angel; that’s the way to put it. She was the nerve centre of the community. In those days were only two radios, not short-wave but long-wave radios, in the community, and she would have to take the news, so-called, and like this time of the year when the sealing ships were out there, the Imogene and the Kyle, etc., etc., they would report back and she would record this in long foolscap books and hand-write it, believe it or not.

This was for the information of the public, to go to the public of the post office and read this. That was the news centre.