Tonight is our Georgestown Scanning/Mapping Party, where we are encouraging people to come share their neighbourhood memories and stories. We start at 7pm at The Lantern on Barnes Road.

To get you in the mood, here are a few photos of Fleming Street, sent to me by Channing Holland (formerly Catherine Channing) who grew up on Fleming Street. 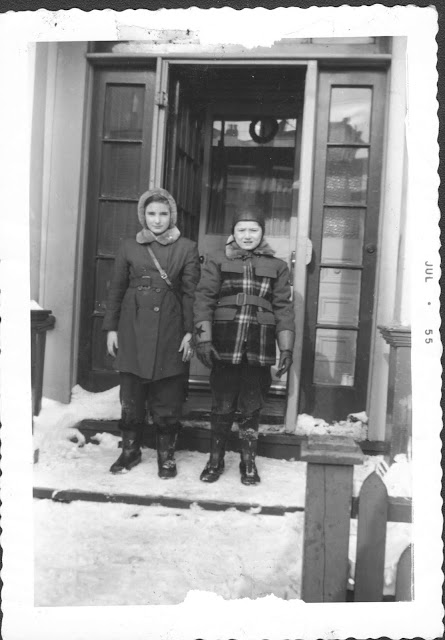 Above is a photo of her sister and brother at the front door of 70 Fleming Street in 1955.  She writes, "The entrance changed in later years when the side windows were replaced by full length panes in a sort of rippled pattern." Today the entire front entrance has been replaced, but similar entranceways could be found all along that row of houses, known collectively as Maple Terrace. 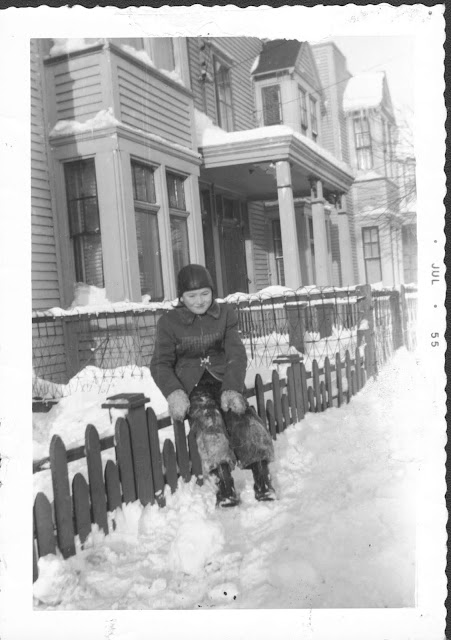 The second one is again of her brother, sitting on the front fence.  She notes, "The cement fence was a much later addition sometime around the '60s I think." The bay window immediately behind the boy is 68 Fleming Street, which still has the same configuration in 2019. The open porch on 66 Fleming has been enclosed. 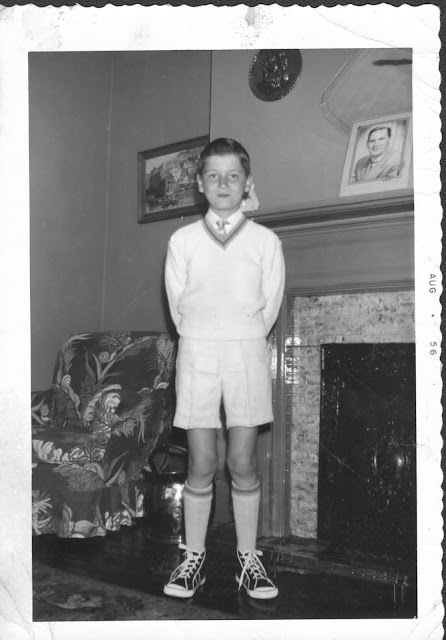 Finally, an interior photo of the living room of 70 Fleming, circa 1956. The mantel and tile surround remains in the house as of 2019.

At the time of these photos, the house was owned by James G Channing, civil servant, Companion of the Order of Canada, and cabinet secretary under Joseph Smallwood.

Bring your neighbourhood photos to The Lantern tonight! We will share some of what we find in future posts.