Last week, we posted a photo of a handmade rolling pin from Portugal Cove, and asked if anyone had one similar.  Florence Button of Carbonear responded with the photo above of a rolling pin that had belonged to her Great-Grandmother, Deborah Strong Squires.  Deborah was born 1833 at Old Perlican, and she and husband Charles later moved to Sibley's Cove.

Deborah Strong Squires passed away in 1920, but Florence didn't know of the rolling pin until she received it a year ago. Today, it is one of her most precious possessions, even if she cannot use it because of the split along the side.

Florence also sent along this fantastic photo of her GreatGranny Deborah, with two of Florence's late Aunties, taken a year or so before Deborah passed.  Pearl Squires is on her lap; Annie is standing. 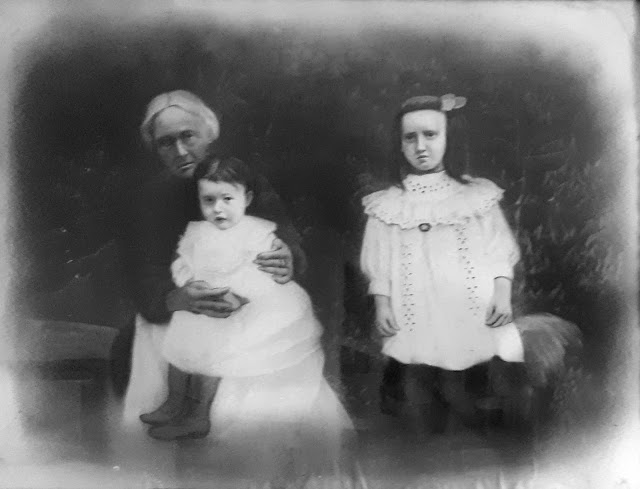 Do you have an heirloom kitchen tool that you still use? Send us a pic and a story, and we'll share it in an upcoming #FoodwaysFriday post!

email: dale@heritagenl.ca
Posted by Dale Jarvis at 9:00 AM