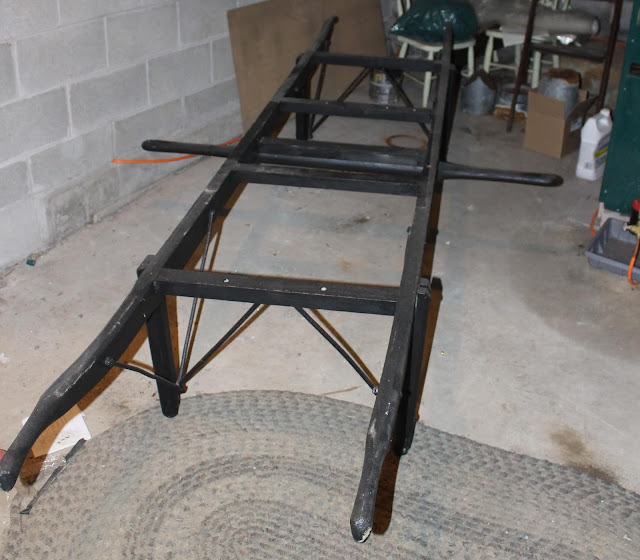 Last Thursday, we were in Bauline making a preliminary research trip to look at the old, unmarked Methodist burying ground. While there, we got a tour of the local United (originally Methodist) Church. The cornerstone of the church was laid November 12th, 1919 by A. Soper, Esq, and the inscription on the stone reads “Thy house shall be a house of prayer.” Construction was finished  sometime between 1920 and 1921 (a banner inside the church gives a date of 1920, while other records indicate 1921). The building was expanded, a basement was hand-dug with pick and shovel, and a new concrete block foundation was put in place in 1985.

Whilst exploring the basement, we were able to take a few photos of Bauline’s funeral hand barrow. Its exact age is unknown, but it was recovered a number of years ago from a nearby shed, and was restored by Mr. Alton King.

According to the Dictionary of Newfoundland English, a hand-barrow is a flat rectangular wooden frame with handles at each end for two men to carry cod-fish, seal 'pelts' and other bulky materials. The Bauline funeral hand-barrow differs from a regular fisheries hand-barrow in that it is slightly longer, as it would have been used to carry a coffin to the cemetery, and in that it features a centre bar that swivels out, allowing for an additional two men to act as pall-bearers. 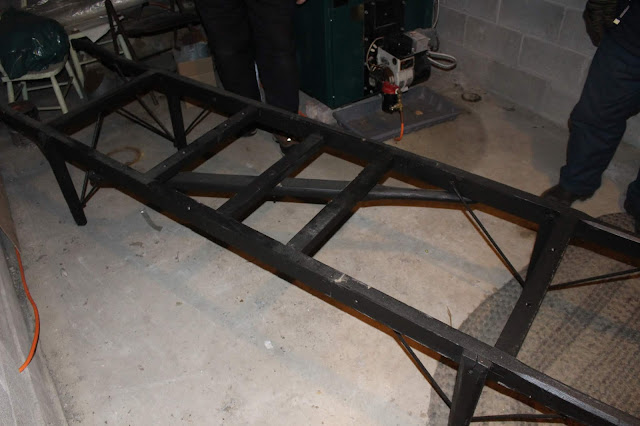 In other places, this piece of technology is often referred to as a “bier” - a stand to support a corpse or a coffin prior to burial. The term “catafalque” is sometimes used interchangeable, or to describe a decorated bier on which a coffin rests in state during a funeral.

Biers like the Bauline example were used in various locations around the province. One good example of the use of a bier is found in the description of the 1887 death and funeral of Captain Alonso Francis of the steamer Curlew:


Before dying the captain, feeling perhaps that death was approaching, had ordered the ship back to Harbor Briton, and it was just outside the heads of that port he died. The body was placed in a coffin as soon as possible, after which the steamer left for St. John's. On arriving here last night Mr. Carnell's hearse was in waiting, and in a short a time as possible the body of the dead seaman was lifted from the life-boat and laid on the bier. The ensign enshrouded it and it was borne on to the wharf by six of the seamen of the Curlew. The wharf was crowded with people, for the dead captain was greatly beloved in St. John's. The scene was weird and awful in the extreme.
- The Colonist, vol. 02, no. 134 (17 June 1887) p 4

Another example of the use of a bier is found in the description of the 1918 Holyrood funeral of Seaman Francis Peddle of the Canadian Naval Reserve:


...when the funeral service had been recited over his bier the body was borne to the hearse in waiting by the pallbearers and the funeral cortege continued its route to Holy Cross Cemetery where the remains were interred beside those of his wife Mary Quinlan who predeceased him nine years ago.
- Evening Telegram (St. John's, N.L.), 1918-10-25 page 9

Other examples of these can be found online, such as the 1800s funeral bier below, from a Welsh chapel, used to carry the coffin during a funeral service and to the site of burial (photo courtesy Caerphilly County Borough Council Museums & Heritage Service).  It does not feature the additional swivel handle of the Bauline example, but is very similar in construction otherwise. 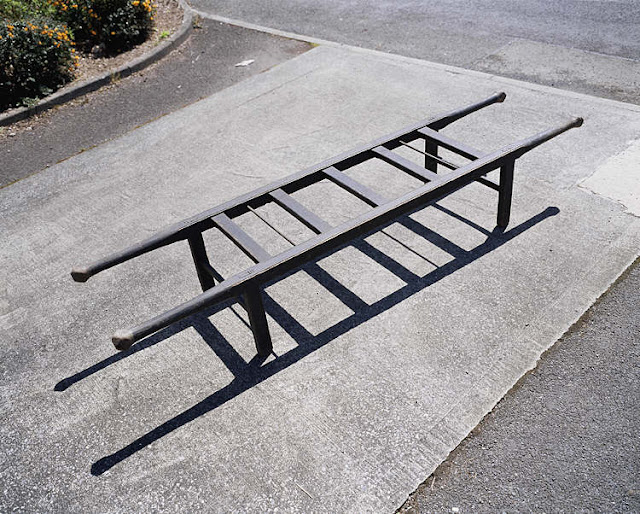 If you know of another example of one of these devices somewhere in Newfoundland and Labrador, contact dale@heritagenl.ca
Posted by Dale Jarvis at 9:00 AM