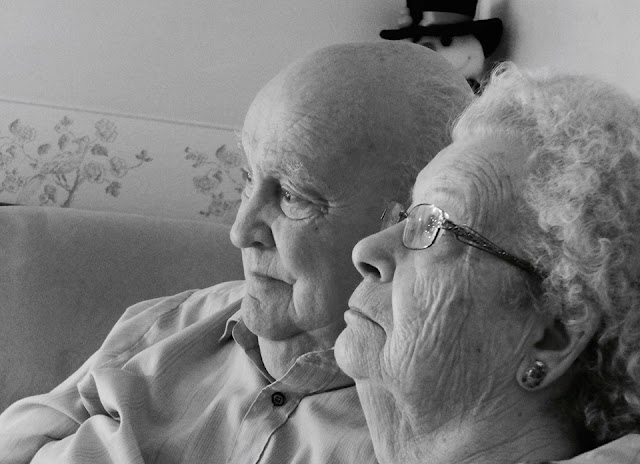 A while back, Karen Smith, the owner of SeaGlass B&B in New Perlican, sent me a fairy story from her father, Donald W. Smith, of Manuels. What follows is his version of a fairy encounter or abduction from 1944. It features some of the classic NL fairylore motifs, such as missing or compressed time, and the use of bread as a protective charm.

Donald William Smith was born February 11, 1932. He married Phoebe Warren on April 28, 1953 and they had 6 children and over 65 wonderful years together. Unfortunately, Mr Smith had been in declining health for the past few months, and passed peacefully away on Sunday December 9, 2018. Our thoughts go out to the family.


We left Cherry Lane, Manuels to go fishing for trout at Thomas Pond on a Wednesday afternoon. Mom let me go because Ethel (John’s friend) didn’t like Nick to go in the woods fishing by himself. After two hours of walking about five miles we reached our fishing spot. It was starting to get dark so we decided to lay down for a rest and planned to get up at 5am to fish all day. When I woke up I realized the sun had already set and we had slept all night and the entire next day. The dog was still laid next to us and we felt rested but surprised that we lost the entire day. And thought it was too late to head home so we fished for a short while and ate supper. We lay down again and next thing we know another day has passed and it is evening again. Each time we woke the scene was exactly the same as the first. The dog never barked or wandered away during the night or day. On Friday we woke at dusk again. Nick was worried about getting home as they had a snack bar to run on Saturday and Ethel would be poisoned with him if he didn’t get back. So before things got out of hand Nick insisted that we try to find our way out of the woods in the dark. After 3 hours or more we finally made it home. I was expecting Mom to be mad and she was. I explained as best I could what had happened and she remarked that I must have been taken by the fairies. That was the last time I was allowed to go fishing for a long time after that. Although I still saw Nick from time to time, he never once mentioned our ordeal to me or anyone else. I’m not sure I believe in fairies but I have no explanation of how we lost time for 3 days and nights with no recollection. My father, Walter Smith, often cautioned us youngsters to wear a piece of clothing inside out or carries a piece of bread in our pockets while walking in the woods for fear of being taken by the fairies.


You can read a 2016 CBC article on Karen's "zombie fairy" photoshoot here, inspired by some of the fairy stories she heard growing up.  Photo of Donald and Phoebe Smith courtesy Karen Smith via facebook.

The old folks believed in fairies. It seems that strange things happened to people when they went into the woods in Newfoundland. Even if they're not real, I guess it made things interesting in those days.