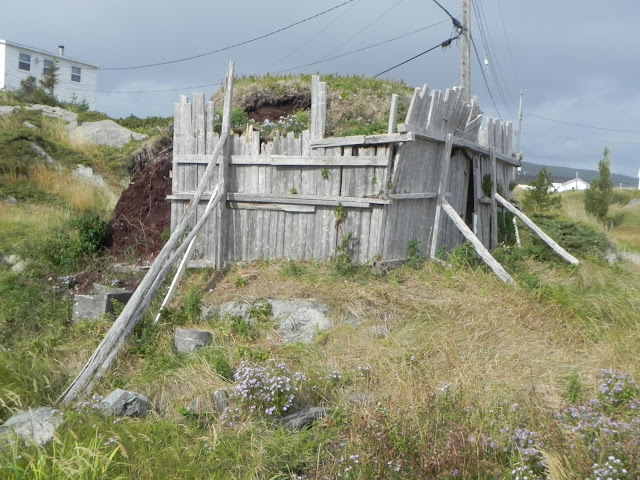 If you've followed the ICH Blog for any amount of time, you probably already know that we love root cellars. Like, really, really LOVE root cellars. Well, my mother and father were off for a 50th wedding anniversary jaunt around the Bonavista Peninsula, and Fadder snapped these pics of John and Phonse Ducey's root cellar in Keels, Bonavista Bay. It is of a type we'd call an above ground cellar, but of a specific sub-type that features an exterior wall holding back a layer of insulating sod. The final photos in the series below show the cellar from the rear, where some degradation over time allows you to see the construction process a bit better. The diagonal side braces, acting as a type of buttress, helped keep the outer walls up against the weight of the sod. It is a feature you will sometimes see in old fishing stages called a "side span" -- a wooden exterior brace on the side of a stage which kept the side of the stage from breaking out when a large amount of salted fish was stored inside.

The root cellar was featured in the booklet Living Spaces: The Architecture of the Family Fishery in Keels, Newfoundland which was produced by the first Memorial University Folklore Field School, under the direction of Dr. Gerald Pocius. Then MA candidate Kristin Catherwood, now the ICH Development Officer for Heritage Saskatchewan (insert heart emoji here), wrote the following about the cellar:


The root cellar owned by John and Phonse Ducey is located on the eastern outskirts of Keels. It was built in the early 1950s by Henry Thomas Curtis, a carpenter from the nearby community of King’s Cove for Kenneth Mesh. The bulk of the work done by Curtis consisted of pouring the cement for the interior structure. Roland Mesh, Kenneth’s brother, recalls that the cement was poured first, and left to set for several months. In the meantime, a wooden exterior structure was constructed of spruce split logs cut in the woods surrounding Keels. A space of five feet was left between the cement interior cellar structure and the exterior wooden structure. This space was then filled with turf. Much of the turf was brought from Pigeon Island in Keels’ harbour, since turf was in short supply in the surrounding area of the community itself. The turf was dug by hand and loaded in punts (a type of small boat often used for transporting fish), then brought to the family’s stage on Keels’ shore. 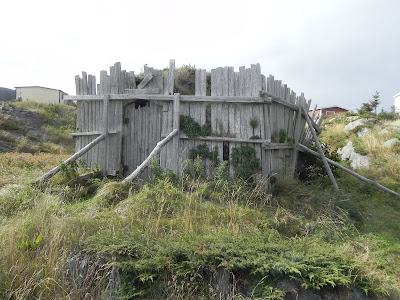 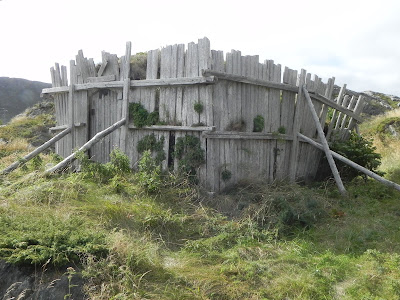 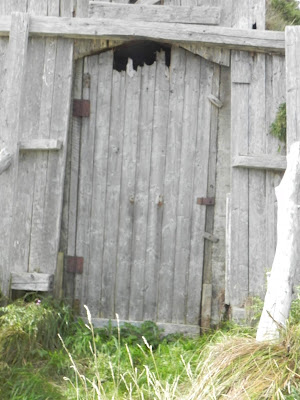 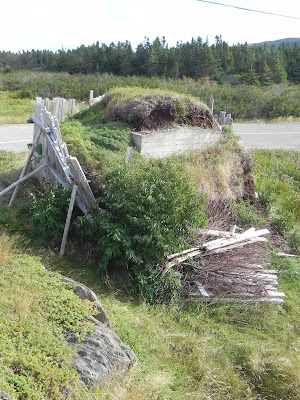 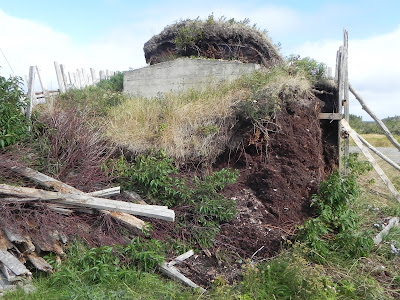