Living Heritage Podcast Ep102 Faces of the Florizel On Air 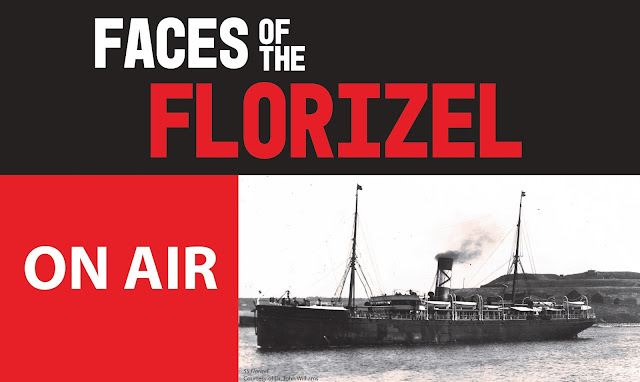 In February 1918, the S.S. Florizel left St. John’s on what would be its last journey. Blizzard conditions and miscommunication between the bridge and the engine room caused the vessel to crash into the rocks near Cappahayden, Newfoundland. Of the 137 souls on board, only 44 survived. One hundred years later, Heritage Foundation of NL folklorist Dale Jarvis and special guests Heather Elliott and Deanna Walter met at Admiralty House Communications Museum for a live audience recording of the Living Heritage radio show and podcast to commemorate the 100th anniversary of the shipwreck.

In this podcast, we talk about the history of the S.S. Florizel disaster and the behind-the-scenes work that went into preparing the Faces of the Florizel exhibit.

The Living Heritage Podcast is about people who are engaged in the heritage and culture sector, from museum professionals and archivists, to tradition bearers and craftspeople - all those who keep history alive at the community level. The show is a partnership between HFNL and CHMR Radio. Past episodes hosted on Libsyn, and you can subscribe via iTunes, or Stitcher. Theme music is Rythme Gitan by Latché Swing.
Posted by Dale Jarvis at 9:00 AM

Wonderful podcast! Listened from Ontario while riding my exercise bike! Wish I could get there before June to see it in person.
My grandmother's Uncle died on the Florizel. Patrick Laracy owned the
Cresent Theatre in St John's and was on his way to Halifax to buy new movies. Nan said her uncle had invited her father to go along. I wouldn't be here if he had said yes.
Thank you for sharing, and thank you all for your hard work ♡