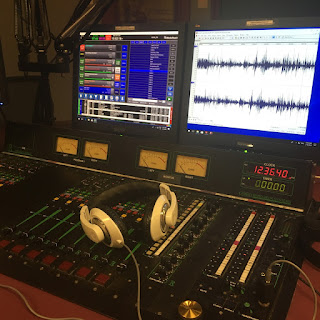 Dr. Jayson Beaster-Jones is an Associate Professor of Music in the Global Arts Studies Program at the University of California Merced. He received his B.A. in Music and Anthropology from Whitman College and his M.A. and Ph.D. in Anthropology from the University of Chicago. Jayson is ethnomusicologist whose work focuses upon the music industry of India. He has written two books, co-edited the volume Music in Contemporary Indian Film, published in the journals Ethnomusicology, Popular Music, and South Asian Popular Culture, as well as book chapters in several edited volumes.
Jayson visited St. John's in March to give a series of lectures at Memorial University as well as a public lecture and Bollywood music dance night presented by MMAP Centre. In this episode of the Living Heritage Podcast, we talk about Jayson's research in India on music retail stores as sites of cultural production, and Bollywood film songs and their musical and social meanings.

Posted by Terra Barrett at 8:25 AM