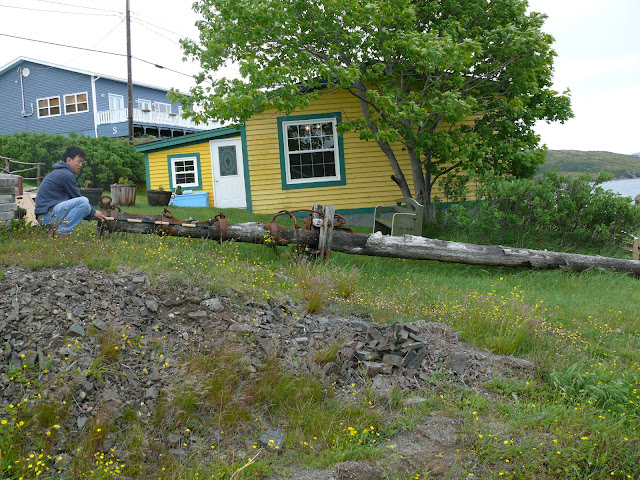 Outside the Ella Freeman Heritage House in Champney’s West sits a curious artefact. Passersby might think it only an old piece of wood, but locals know it was the spar of the wrecked vessel Hazel Pearl. This spar was accidentally brought ashore by fisherman Wayne Freeman when it became tangled in his capelin seine several summers back. Documentary producer Rebecca Nolan presents a special episode which tells the full story of the Hazel Pearl - where the ship came from, and how it ended up at the bottom of Trinity Bay.

Rebecca Nolan graduated from Department of Folklore at Memorial University in May 2017. She has been doing radio for two years and has held radio internships with both NPR in the United States and CBC in St. John's. Photo of Li Xingpei measuring spar in Champney's West by Michael Philpott.


Get a pdf copy of the booklet here:
The Story of the Spar: An Oral History of the Hazel Pearl