Tales from Afar: A short story about the lunar eclipse. #FolkloreThursday 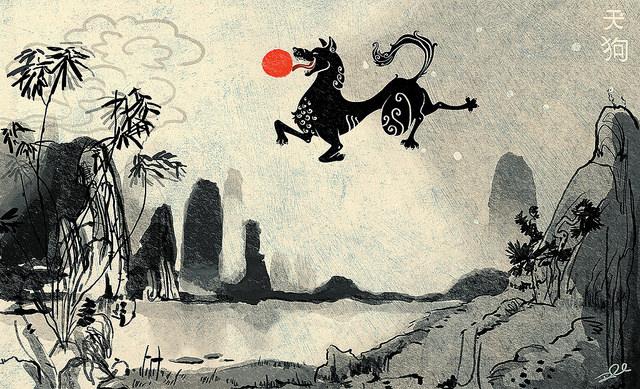 In the old days, people had no idea of astronomy, or how and why the lunar eclipse happens. People believed that there was a dog up in the sky who bites and swallows the moon sometimes. That is when and why the moon disappears. It was not a pleasant experience in old days without electric lights available in the night.

So people were very scared by the darkness when lunar eclipse happened. To drive away the dog who devours the moon, people used to make noises, such as by ringing bells, beating drums or any metal utensils they could find at home. In this way, they wished they could get the moon back soon, as well as the light.

There are different versions about this story in China, but the main plot is as described above.

Xingpei Li is a Chinese student enrolled in the graduate program, Department of Folklore, Memorial University. Image from Fire Dogs and Angry Demons.