#Folklorethursday Great Balls of Fire and the Goats of New Perlican 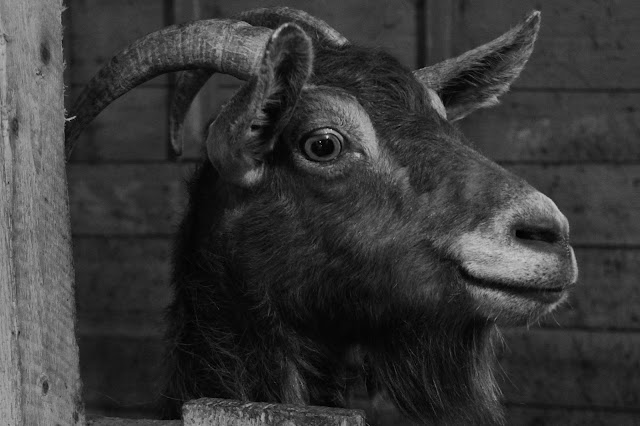 I recently scanned a booklet titled "Ghost Stories and Legends" that was produced by the Lower Trinity South Development Association. Because of our recent work on The Goats of New Perlican the following story peaked our interest:

One evening as Mr. Ryan was returning home from New Perlican with a sac of flour for his mother, he stopped on Spicer's Lungers between Turk's Cove and New Perlican to allow his goats to take a drink. Out of the corner of their eye the goats noticed a small light, almost like a ball of fire, approach from out of nowhere. Leo soon realized what had caused the goats to become restless. He saw this light as it came closer and got smaller when it neared him. The fire ball crossed the road and suddenly disappeared out of sight. The two goats began to run and when they reached home they were shivering with fear. It has been said that this ball of fire is a spirit who watches over the people of the community. It is not known whether the spirit is good or bad.

~Kelly
Posted by Kelly Drover at 8:30 AM