Launch of "Railway Memories - Stories of the Newfoundland Railway" 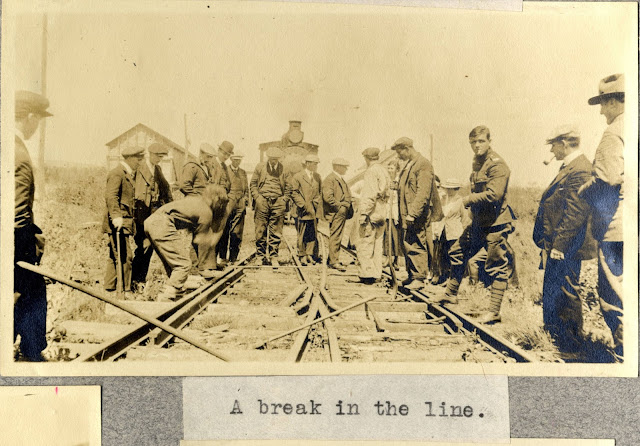 In the summer of 2016, I started chatting with Stephen Bonnell and the folks at the Clarenville Heritage Society. The Society, based out of the old Clarenville railway station, was interested in getting involved with the Collective Memories program and safeguarding some of the stories associated with the railway and with the history of Clarenville itself. So off I went, and I helped to interview two local gentlemen, Lindo Palmer and Baxter Tuck. Both of them had fabulous stories of their time with the railway, and I felt that we needed to showcase their memories in some way. 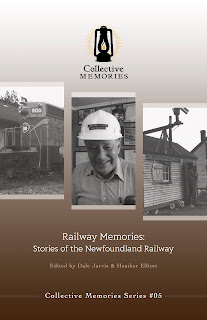 At the same time, I knew there were other oral histories mentioning the Newfoundland Railway which we had worked to place on Memorial University’s Digital Archives Initiative (DAI). And so, with the help of our staff at the ICH office, notably Heather Elliott, Terra Barrett, and Kelly Drover, we put together the next in our ongoing "Collective Memories" series.

Today, we are pleased to launch this, our fifth in the series, designed by Jessie Meyer.

Top photo: A break in the line, 1917. Courtesy of the Maritime History Archives, photo #PF-329.042. The Collective Memories Project is an initiative of the Intangible Cultural Heritage Office of the Heritage Foundation of Newfoundland and Labrador, with funding provided by the Department of Children, Seniors and Social Development.
Posted by Dale Jarvis at 8:30 AM