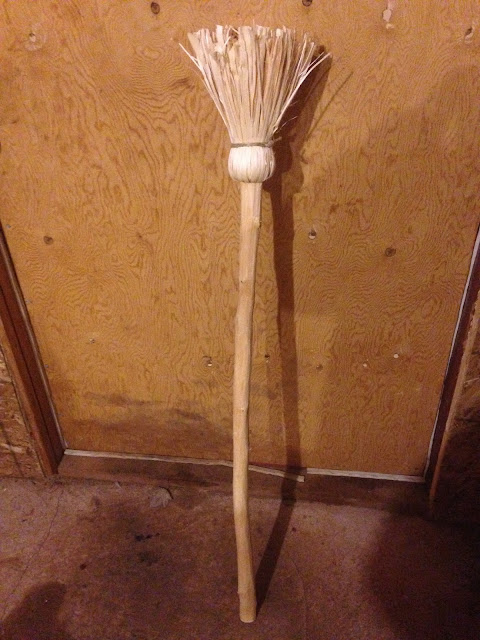 I posted yesterday about the birch brooms of Samuel R. Spencer, Cul de Sac West. In a great example of how the internet can be a good thing at times, I got an email today from Mike Spencer, the grandson of Samuel Spencer. Mike is the first cousin of Janet Edmonds, who showed me her grandfather's broom.

Mike wrote, "he taught me how to make the birch brooms when I was a teenager and I have made a few over the years. I interviewed my grandmother about them when I was doing my degree at Grenfell, they used the brooms as a tool for processing salt fish."

I had mentioned in the blog post about his grandfather's broom that it was tied off with wire, instead of the cord used by broom maker Joshua Young. Mike noted that, "Pop didn't always use wire on his brooms, I think it was more about what he had on on hand," which fits with Janet's description of him as a bit of a tinkerer.

Mike also sent me a couple photos (shown here) of a broom he made in 2016. 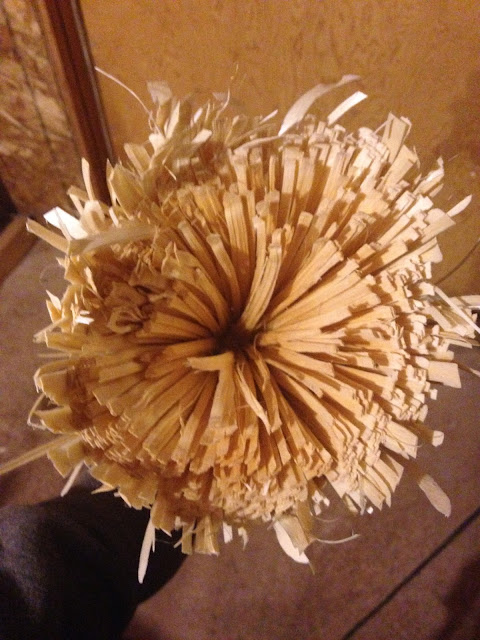 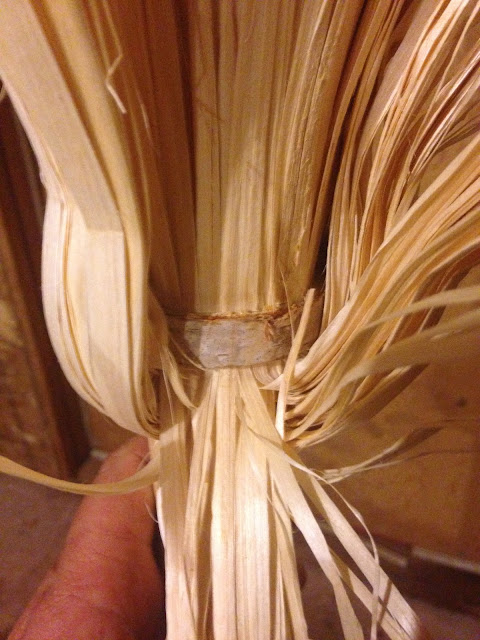 Stay tuned, I'm sure there will be more broom posts sweeping your way soon! In the meantime, if you have a birch broom or a story about one, email me at ich@heritagefoundation.ca.