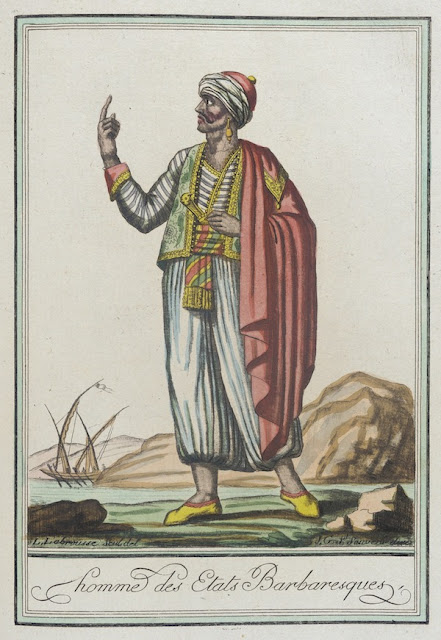 The community of Marysvale, Conception Bay, was originally known as Turk's Gut. The exact origin of the name is lost in the mists of time. But many legends have sprung up over the centuries to account for it, and most of them agree on the name being linked to the seventeenth-century history of piracy in the waters of Conception Bay. One of the earliest and shortest accounts comes to us from the Most Rev. Michael Francis Howley, in his “Newfoundland Name-Lore” column in the Newfoundland Quarterly, March, 1907. He writes,


Near Brigus we have Turk's Gut. In explaining the name of St. Barbes, I mentioned that in early days our seas were infested by pirates from Barbary. These terrible corsairs, who did much damage around our coasts, were called by the old English settlers by the generic name of Turks, and the names above mentioned record the memory of some adventure, or landing by them in these harbours.


By 1949, the legend had expanded slightly. In that year’s Christmas Annual, writer LEF English noted,


The Sallee Rovers... were supposed to have their lairs on the Barbary Coast in Africa. The vessels were partly manned by Turks, but many renegade French and English took service with these organized robbers. Some of their ships operated in Newfoundland waters as shown by the records. We see then that pirates actually did visit Newfoundland and that the possibility of treasure trove on lonely headlands or in sheltered bays is after all not so remote. There still exist some relics of those old sea rovers, for instance the name Turk's Gut near Brigus recalls a legend that the Sallee raiders once had there a quiet rendezvous. Spanish doubloons and pieces of eight still hold a fascination, and there is no doubt that he who goes treasure hunting in Newfoundland will find at least enough hair raising stories to reward his efforts, and maybe, maybe, will uncover the pot of gold at the end of the rainbow.


Writer and publisher PJ Wakeham expanded the story for inclusion in his New Land Magazine in 1962, and again in 1968. Wakeham spins a bloodthirsty yarn, likely based more on his own imagination than on historical fact. In his version the pirate not only gains a name, Isstovatison, but also gains a captive, Madame LaBlonc, the wife of a French naval officer. Isstovatison’s ship is wrecked, a treasure is recovered and buried, and the ship’s cannons are used to fortify the pirate’s lair. All is well till Admiral LaBlonc sails to Newfoundland to save his wife from the Turk’s clutches:


Realizing that his end was at hand, the infuriated pirate turned and thrust a heavy cutlass into the breast of Madame LaBlonc, and putting a loaded pistol to his own head, he blew his brains out before he could be restrained. When Admiral LaBlonc entered the pirate’s hide-out, he found his wife badly wounded and beside her body lay the crumpled body of the Pirate of Turk’s Gut. Despite the best of medical care, Madame LaBlonc died that afternoon onboard her husband’s ship just as the shadows of night were closing in over Conception Bay.

Do you know a different version of the legend of Turk's Gut? I'd love to hear from you if you do! Email me at ich@heritagefoundation.ca or comment below!