The King of The Birds: Happy St. Stephen's Day!

"King of All Birds": a public forum about NL wren traditions

The wren is just one of several Christmastime house-visiting traditions that continues in Newfoundland and Labrador today. Typically, children or adults will visit homes within their community carrying around an effigy of a small bird—the wren. Upon visiting a home, they usually recite a poem declaring the wren the “King of All Birds” and may offer some kind of performance, be it song, joke, or recitation. Often the host will offer up food, drink, or money for the visit. Unlike other house-visiting traditions, there are no disguises involved.

On December 14th, 2016, the final night of the 2016 Mummers Festival, festival coordinator Ryan Davis hosted a public forum on wren traditions at The Rooms. The forum starts with introductory remarks by Davis, and then folklorist and storyteller Dale Jarvis shares the legend of the wren and moderates a discussion with Bev Kane of Renews and Dennis Flynn of Colliers, two people keep the wren alive in Newfoundland.  Listen in, and learn about the history of the wren tradition and how it’s happening today.

In the interview, Bev Kane notes a variant version of the wren legend, posed as a battle between two legendary cities: Half a Loaf, and Windy Gap. Her written version is posted below, with a transcript after. 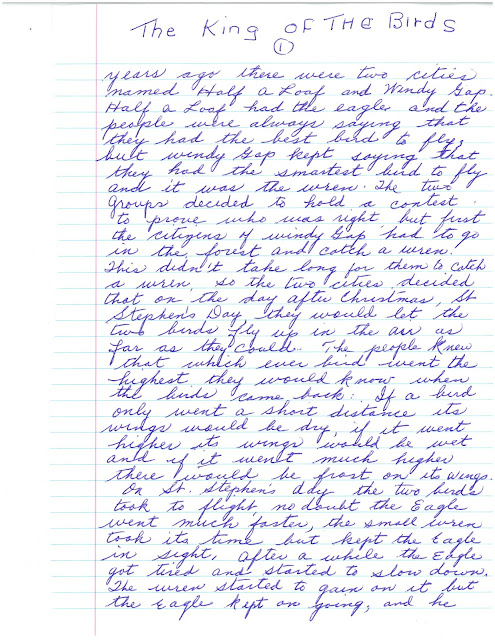 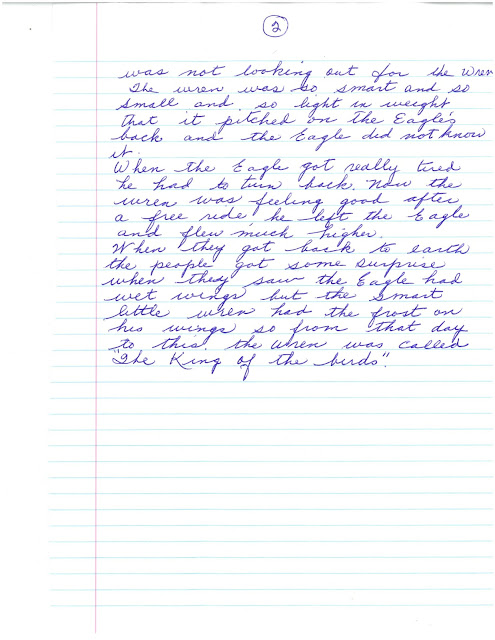 Here is the story, transcribed:


The King of the Birds

Years ago there were two cities named Half a Loaf and Windy Gap. Half a Loaf had the eagle and the people were always saying that they had the best bird to fly, but Windy Gap kept saying that they had the smartest bird to fly and it was the wren. The two groups decided to hold a contest to prove who was right, but first the citizens of Windy Gap had to go in the forest and catch a wren. This didn’t take long for them to catch a wren, so the two cities decided that on the day after Christmas, St. Stephen’s Day, they would let the two birds fly up in the air as far as they could. The people knew that which ever bird went the highest they would know when the birds came back: If a bird only went a short distance its wings would be dry, if it went higher its wings would be wet and if it went much higher there would be frost on its wings.

On St. Stephen’s day the two birds took to flight, no doubt the Eagle went much faster, the small wren took its time but kept the Eagle in sight. After a while the Eagle got tired and started to slow down. The wren started to gain on it but the Eagle kept on going, and he was not looking out for the Wren. The wren was so smart and so small and so light in weight that it pitched on the Eagle’s back and the Eagle did not know it.

When the Eagle got really tired he had to turn back. Now the wren was feeling good after a free ride, he left the Eagle and flew much higher.

When they got back to earth the people got some surprise when they saw the Eagle had wet wings but the smart little wren had the frost on his wings so from that day to this, the wren was called “The King of the birds”.
Posted by Dale Jarvis at 10:00 AM