The Goose Cove Train Derailment - an update and new photo! 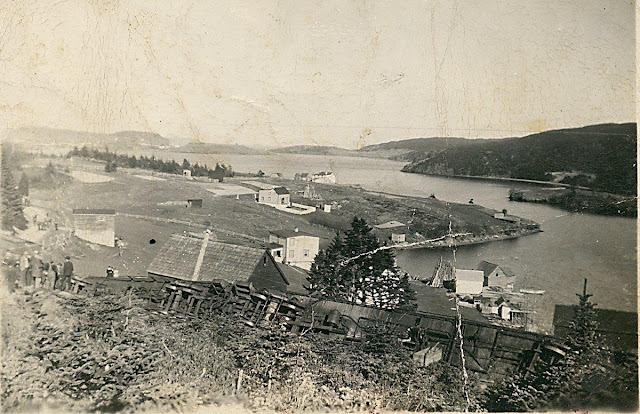 Last week, I posted a story from Baxter Tuck about a derailment along the Bonavista Branch Line. You can listen to that story here.

Heather Rose Russell  wrote to tell me, "The railroader who fell into Beaver Pond Brook was Amos Burge of Bonavista. This was circa 1920. Mr. Burge passed away circa 1959; he and his family lived on River Styx Road in Bonavista, right next door to my grandparents."

Lacking a picture of that particular derailment, I included one from a different derailment along the same line.  Heather had more information on that, as well, noting "the picture shown is the derailment in Goose Cove in 1942 in which baggageman Harold White met his Waterloo."

One of our Heritage Foundation board members, Lloyd Kane, went one further, providing an photo of the same Goose Cove wreck, from a different angle.

He wrote, "Attached is a photo from our family album showing the same derailment, I think. The
location is Goose Cove, Trinity. My Grandparents house is in the background."  Lloyd's photo is included above!

If you have more information on either of these derailments, or other photos of the railroad era in Newfoundland and Labrador, drop me a line at ich@heritagefoundation.ca.