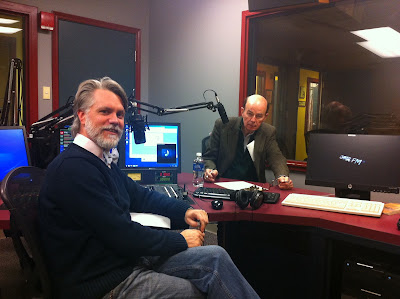 Shane O'Dea, Professor of English and Public Orator at Memorial University, has long been involved with preservation in Newfoundland. He was one of the founding directors and an early chair of the Heritage Foundation of Newfoundland and Labrador, and was involved in the early years of the St. John’s Heritage Foundation and the Newfoundland Historic Trust. Shane has served on countless boards and associations and was recognized for his efforts in preserving heritage architecture with the Lieutenant Governor's Award in 1990.

In this edition of the Living Heritage Podcast, Shane talks about the early history of the Newfoundland Historic Trust, mobilizing forces to preserve the Christ Church in Quidi Vidi and the Commissariat House on Kingsbridge Road in St. John’s, the battle over Atlantic Place, the formation of the St. John’s Heritage Foundation, and about the introduction of the now-iconic heritage paint colour scheme for downtown St. John’s. It’s a brief oral history introduction to the formative years of the heritage conservation movement in the province! Recorded 20 January 2016.

Good broadcast. Thanks for this history.