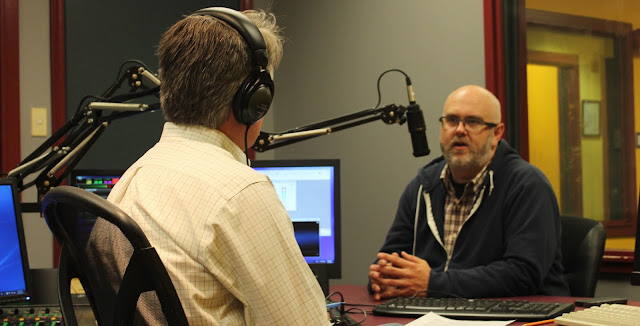 Robert Chafe is a playwright based in St. John’s, whose work has been seen across Canada, the UK, Australia and in the United States. He is the author of seventeen stage scripts and co-author of another eight. He was shortlisted for the Governor General’s Award for Drama for Tempting Providence and Butler’s Marsh in 2004, and won the award for Afterimage in 2010.  He has been writer in residence at Artistic Fraud, Playwrights Atlantic Resource Centre, Playwrights Workshop Montreal, Forest Forge Theatre, (Hampshire, UK), and Memorial University of Newfoundland, and a guest instructor at Memorial University of Newfoundland, Sir Wilfred Grenfell College, and The National Theatre School of Canada.  On this episode, we talk about how Robert began writing plays, how to write about history and local characters. We also discuss several of Robert’s plays, the research behind them, and the community response to them.