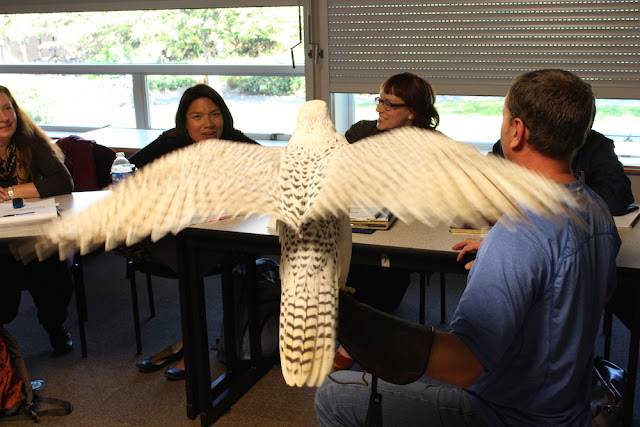 Today was Day 3 of the intangible cultural heritage class I'm teaching at UVic, and we had a treat for students today. After a talk about public program options ICH-related events, we focussed in on one of the elements listed on UNESCO's intangible heritage list -- Falconry, a living human heritage -- a trans-national element which was nominated by United Arab Emirates, Austria, Belgium, Czech Republic, France, Hungary, Republic of Korea, Mongolia, Morocco, Qatar, Saudi Arabia, Spain, and the Syrian Arab Republic.

Falconers Kristine and Alan Marshall paid us a visit (with gyrfalcons Khaleesi and Solstice) and they gave us an overview of the 4000 year living heritage of falconry, and how the tradition of falconry is faring today. 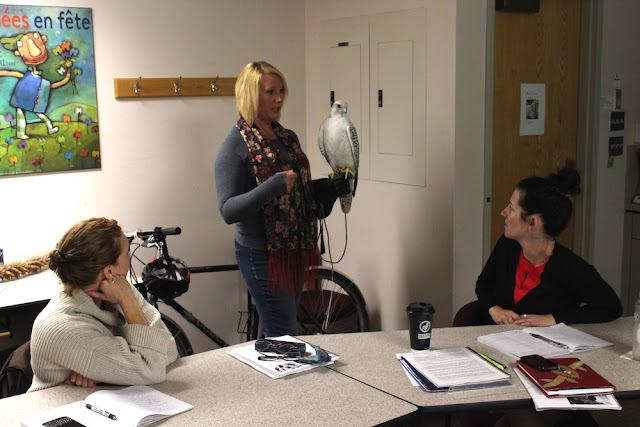 After lunch, we had a talk about Newfoundland fairy traditions, and I shared the Irish story of the Fairy Frog (a version of which is included in this recording).

Then it was back to work (with some colouring thrown in) with a asset map making exercise designed to show how one location could have multiple levels of meaning or be home to various intangible cultural heritage elements.

Tomorrow: it's a downhome Newfoundland Christmas (in Victoria BC, in September). 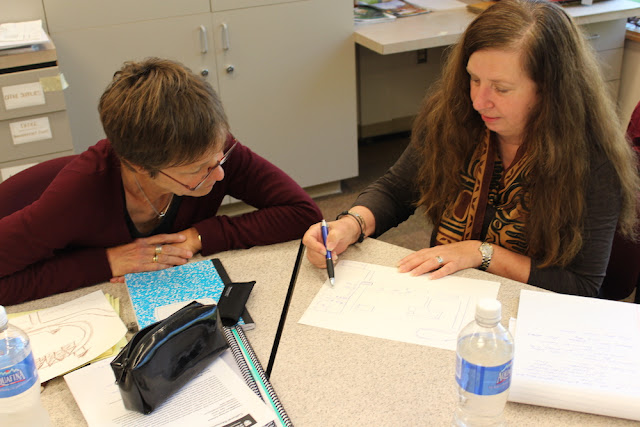 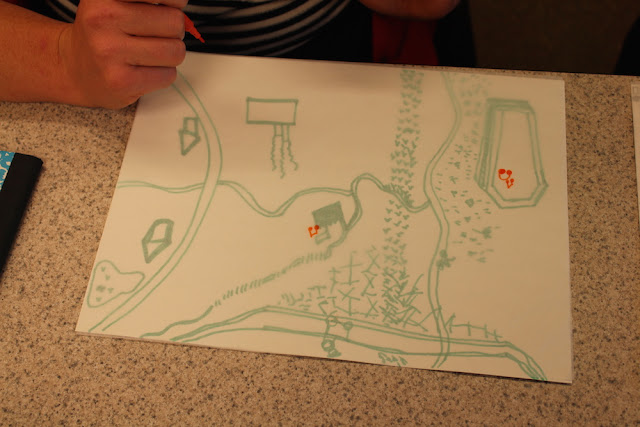