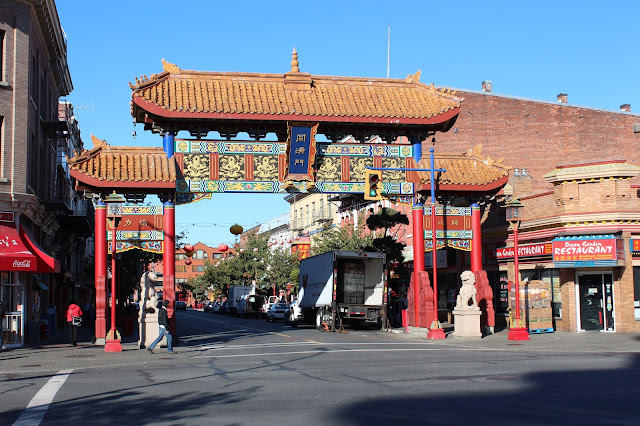 Tuesday was day two of the course on Intangible Heritage I'm teaching at the University of Victoria. We started out this morning, bright and beautiful, at the Gates of Harmonious Interest, marking the entranceway to Victoria's Chinatown, the oldest Chinatown in Canada.

We had a busy morning, with the students starting off by doing quick sketch maps of the district, and then locating within the district examples of the five domains of intangible cultural heritage as defined by UNESCO:  Oral Traditions and Expressions; Performing Arts; Social Practices, Rituals, and Festive Events; Knowledge and Practices Concerning Nature and the Universe; and Traditional Crafts.

We then met up with Chris Adams of DiscoverThePast.com, who gave us a great tour and talk about Victoria's Chinatown and the link between the tangible, built heritage of the district, and the intangible cultural heritage that permeates it. 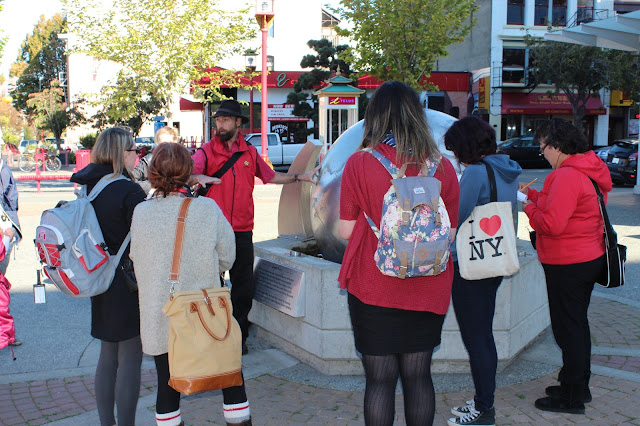 It was my first time meeting Chris, but I've met his father and company founder John Adams before (we even were on a panel together about ghost tours, back in 2009). Chris was a fabulous guide and raconteur, and introduced us to some fabulous places, a highlight being the Tam Kung Temple on the top floor of the Yen Wo Society building. 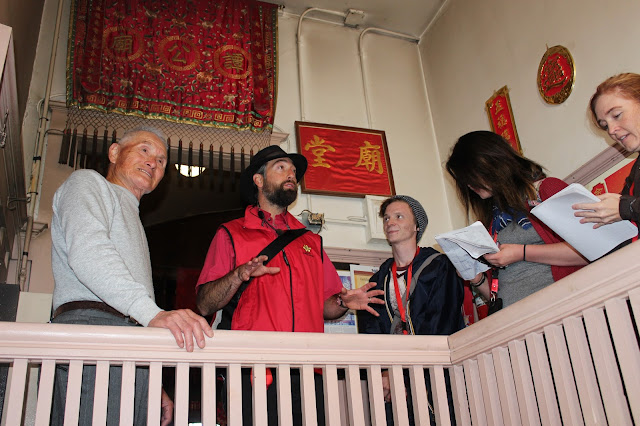 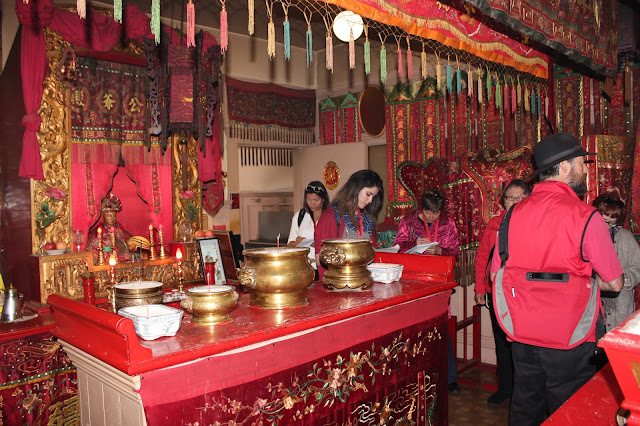 It is an incredible gem of a space, and one I'd never seen before.

After that, we had a quick lesson in the game of Fan Tan, and a lecture on opium dens, and then we went to the famous Don Mee restaurant for Dim Sum, including my requisite feed of chicken feet and egg tarts. 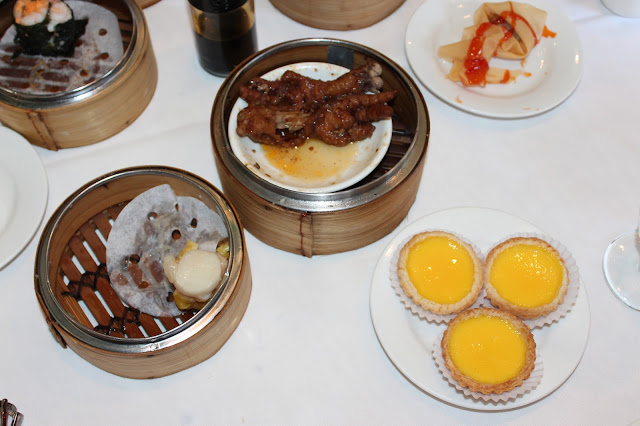 After lunch, we rushed back to UVic, for a chat about ethnographic documentation, including my tips for oral history interviewing.

Then we had another treat, a visit from the very charming Alice Trueman, a knitter from Salt Spring Island. Alice grew up on Vancouver Island, and doesn't remember a time when she didn't knit. I conducted an oral history interview with Alice while the class listened and watched.

Alice was another gem of the day; she was a font of knowledge about knitting. We talked about the tradition, her involvement, and how the tradition of knitting has shifted over the years, and the knitting retreats she runs on Salt Spring Island. 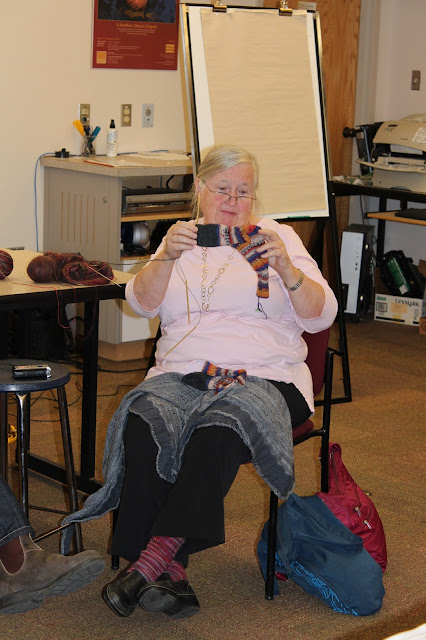 Alice spoke knowledgeably about many aspects of knitting, but particularly interesting was the discussion we had about Cowichan sweaters, a very specific type of sweater made by First Nations knitters in one region of Vancouver Island.

You can download an mp3 of Alice describing Cowichan sweaters here, or in other formats here, or listen below.