I spent a couple hours this morning, walking around the heritage district and surrounding neighbourhood of Harbour Grace, Conception Bay. I'm giving a presentation to the town tomorrow on cultural mapping and inventorying of heritage resources, so I just wanted to see what I could see.

One of the things that jumped out at me was how many properties still maintain their old gates, some of which are of a very similar style. Some of these were possibly constructed by Art Tapp, a blacksmith who "fashioned many of the iron gates and fences in the district" (Harbour Grace Heritage District Report, HFNL, 1992).

A very preliminary walk-around revealed a large number of wrought iron gates and fences standing, some possibly Tapp's work, others of later periods. To give you a sense of numbers and variety of styles, a selection of photographs follows, taken today, 6 May 2015. 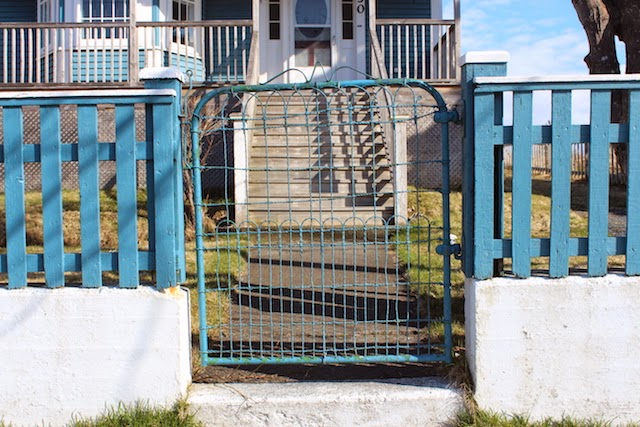 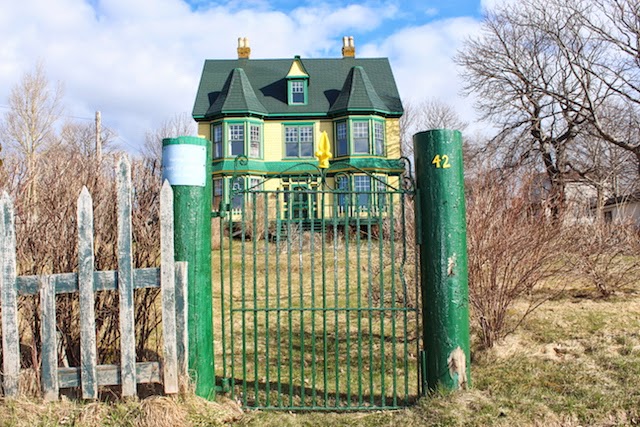 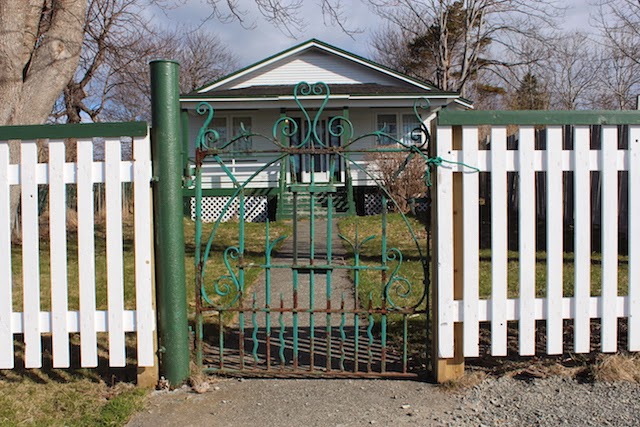 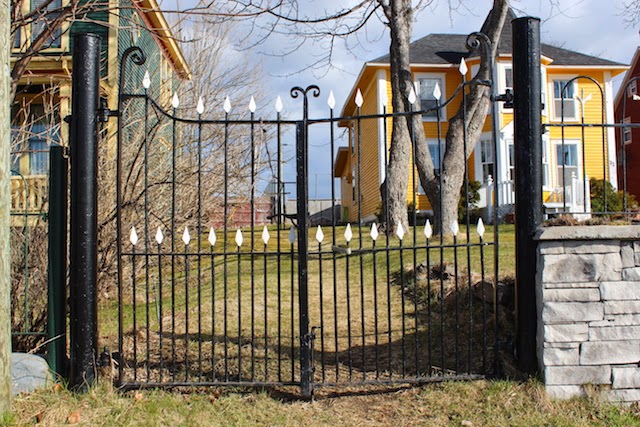 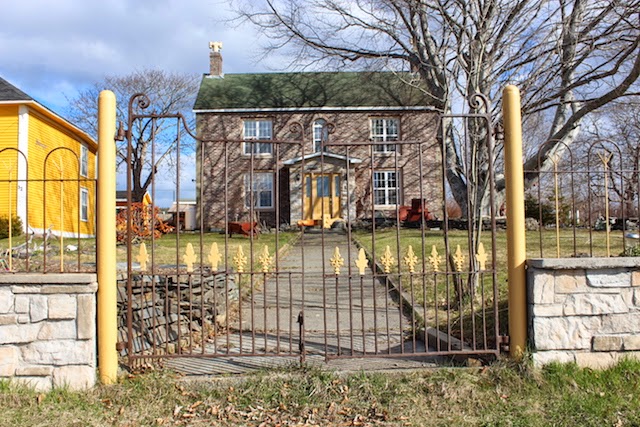 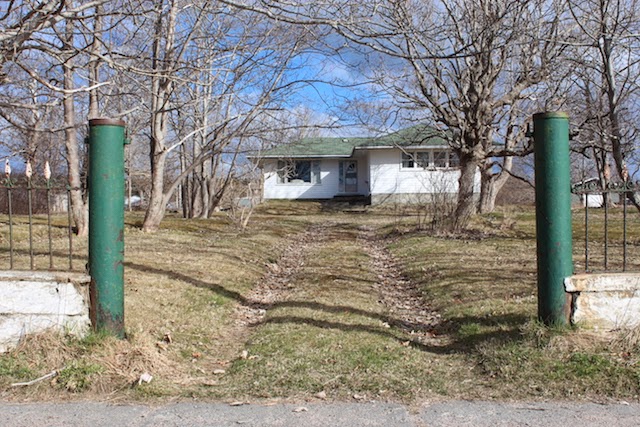 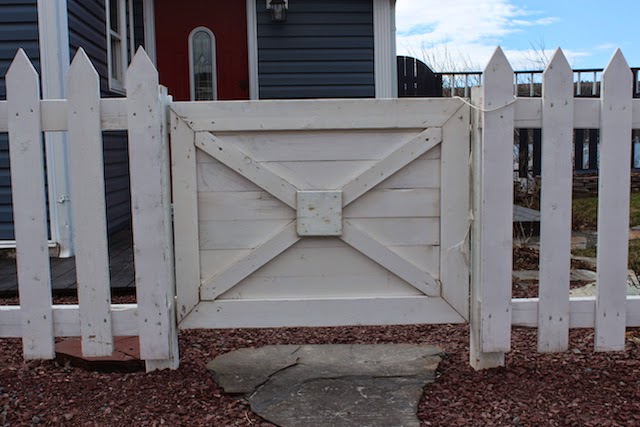 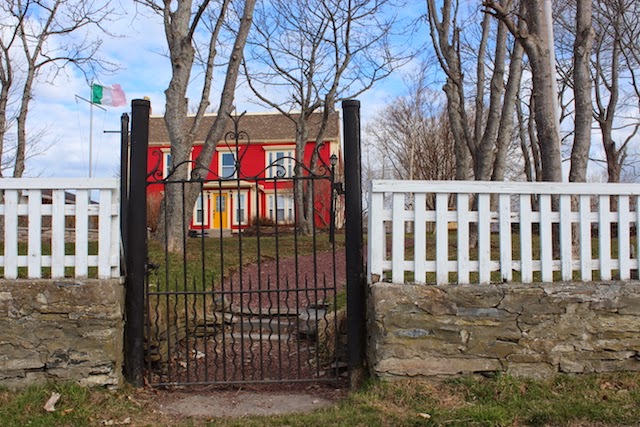 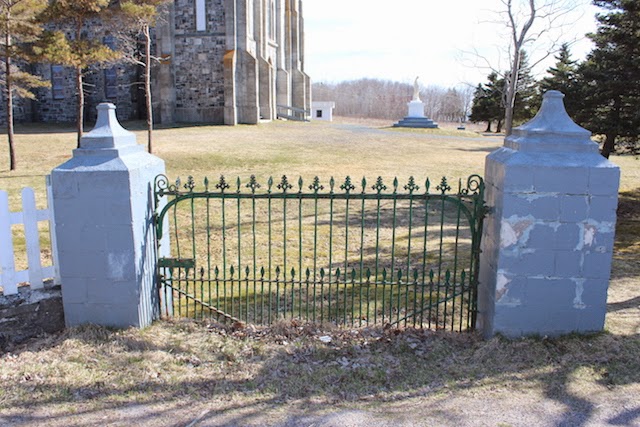 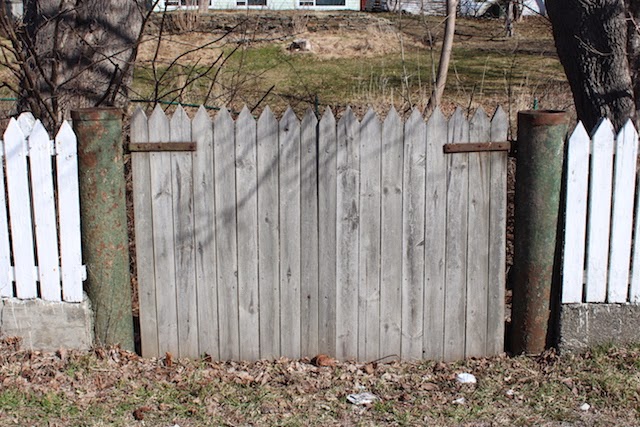 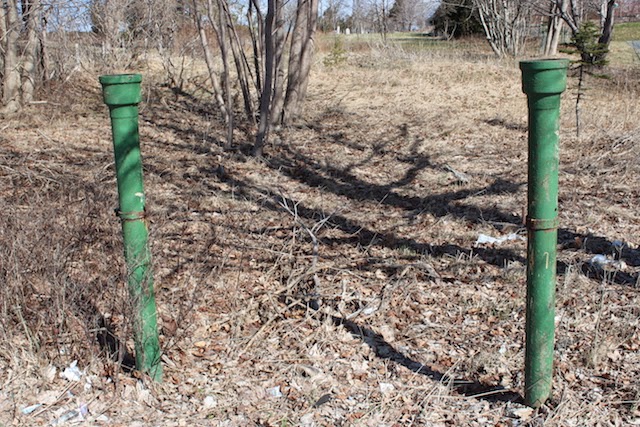 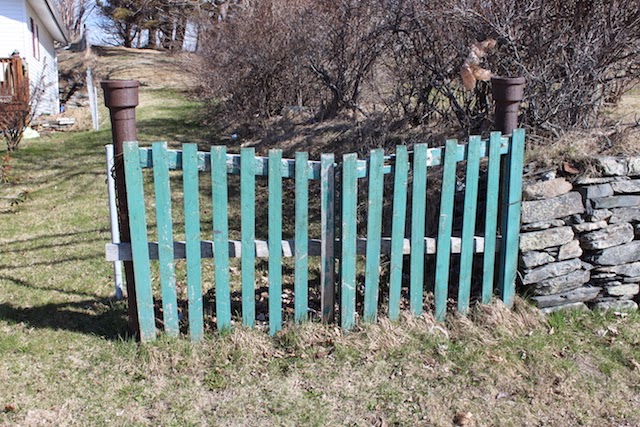 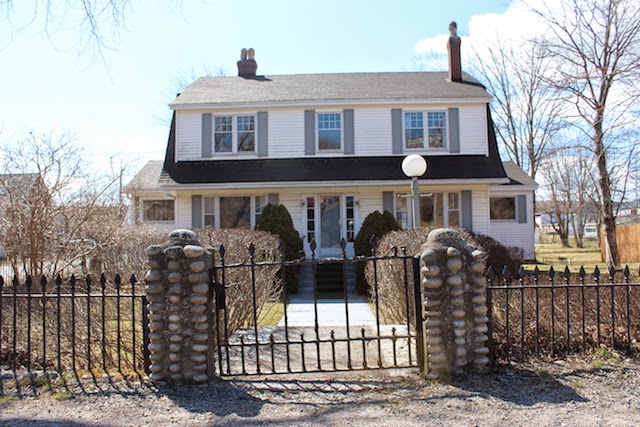 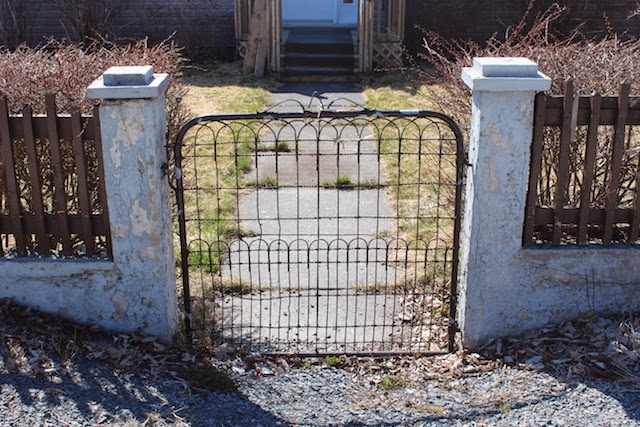 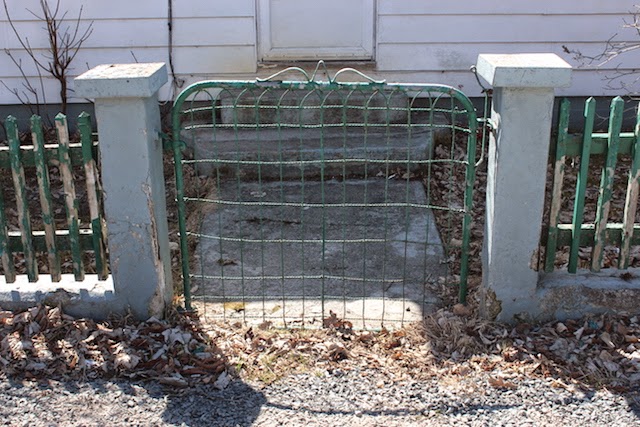 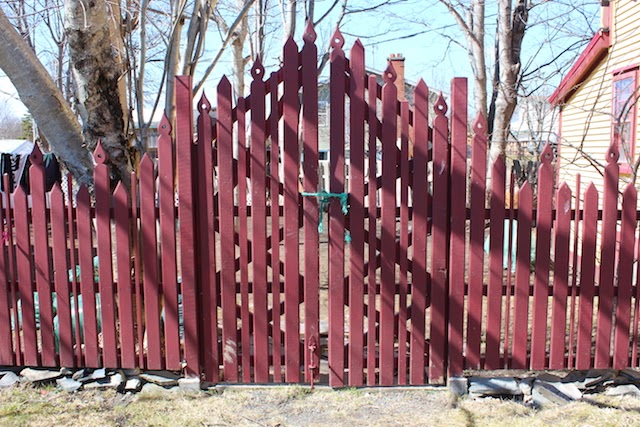 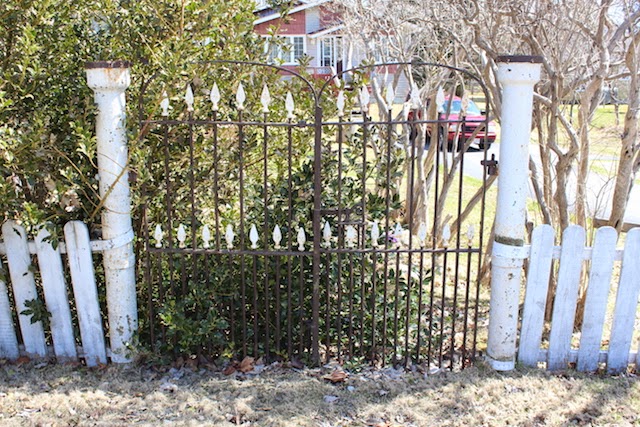 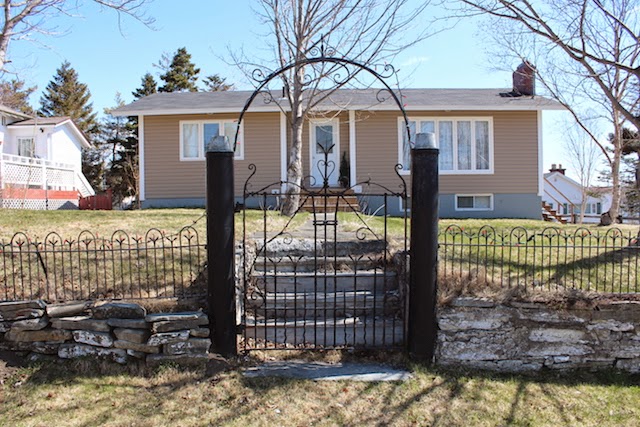 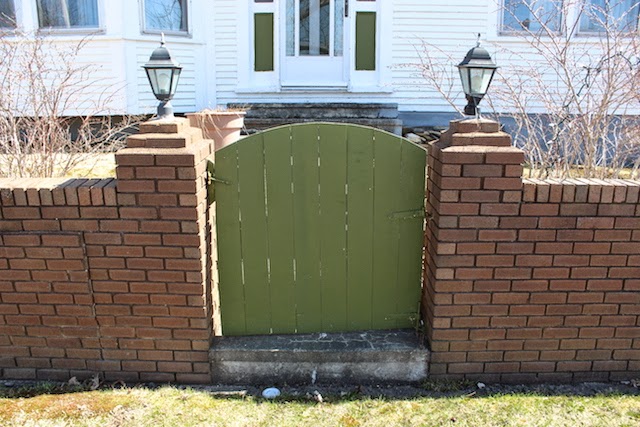 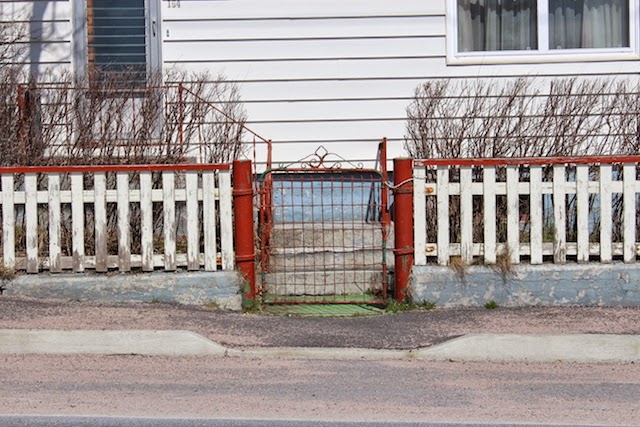 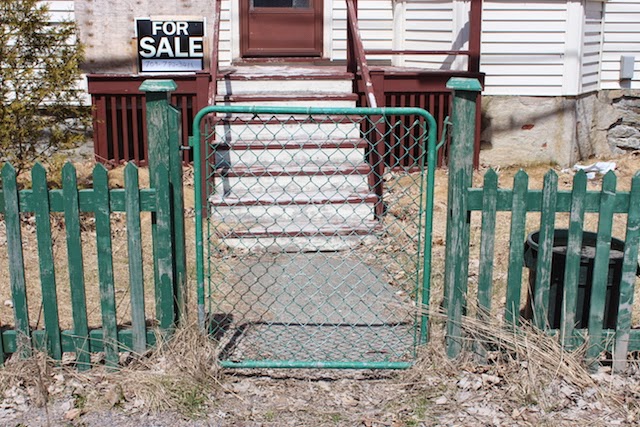 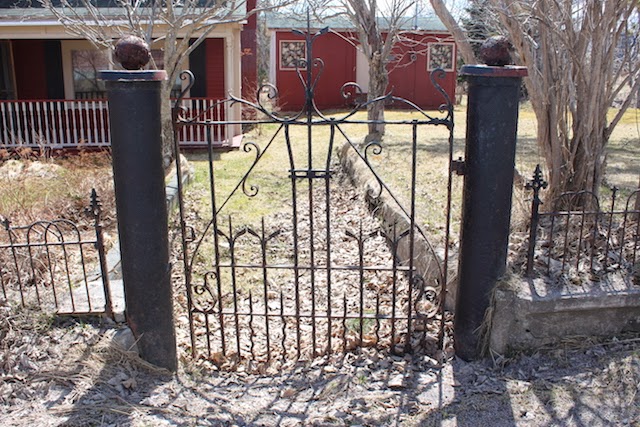 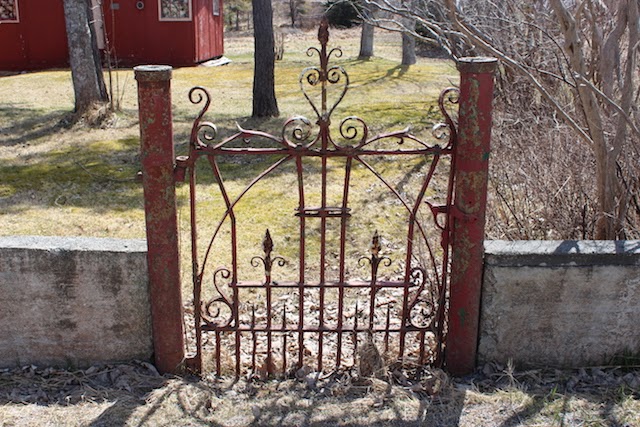 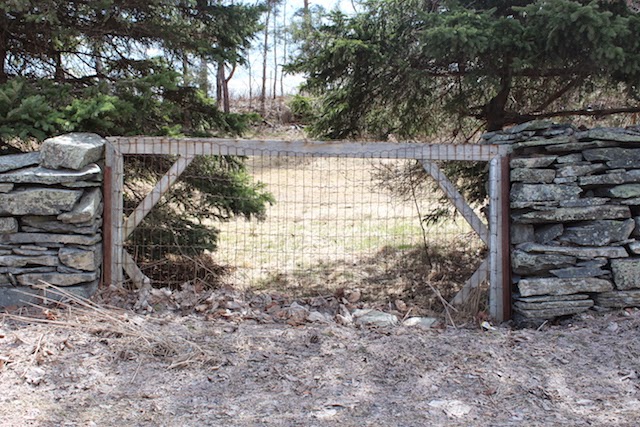 My fence is there with my Dutch Colonial revival just behind it! Thought I saw a friendly neighborhood folklorist today.

Such beautiful craftmanship. I remember some of these old fences from when I use to visit Harbour Grace. Glad to see they are still standing.

The very first gate belongs to my grandparents home. Love that so many of these old gates are still around!