Last Thursday, we had the pleasure of representing Youth Heritage NL at a Volunteer Week reception hosted by the Lieutenant Governor, the Honourable Frank Fagan and Her Honour Patricia Fagan.

We’ll both admit that we were a little intimidated by the event. Heather had never been in Government House, and Lisa had been in there once on a Sunday morning when former Lieutenant Governor, Edward Roberts, stole her tour group and gave them a quick tour. That intimidation melted away as we were announced and warmly greeted by our hosts. 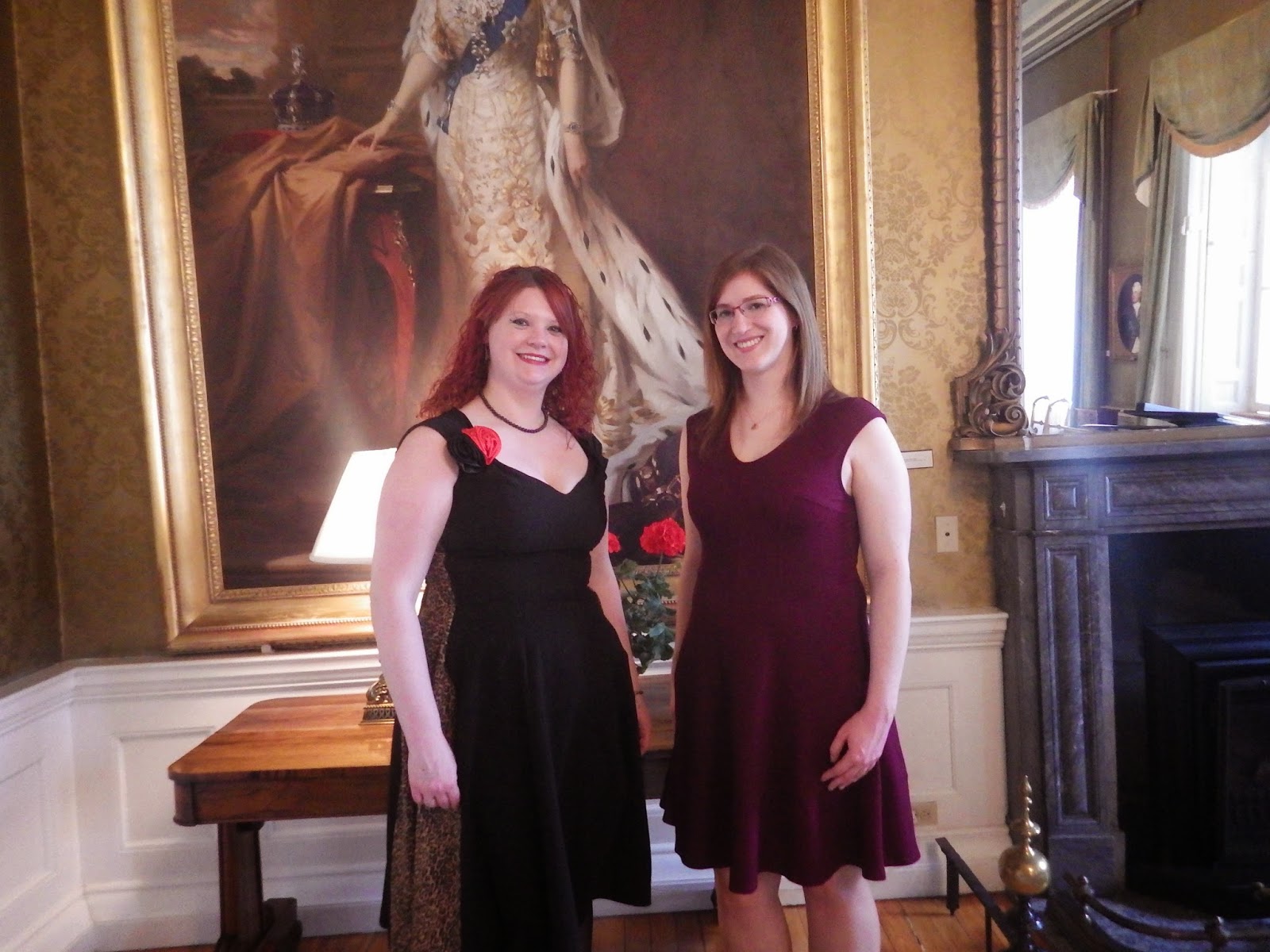 Lisa (left) and Heather (right) at the Volunteer Week Reception.

We spent the reception exploring the grand rooms, and asked a volunteer from Ronald McDonald House to take our picture. Turns out, we had our picture taken in one of very room where the Women’s Patriotic Association (WPA) used to hold their meetings during the First World War. They would knit socks, mitts, scarves and other items, as well as put together care packages to be shipped over to the soldiers abroad. It really was incredible to be standing where all those women had worked one hundred years ago! 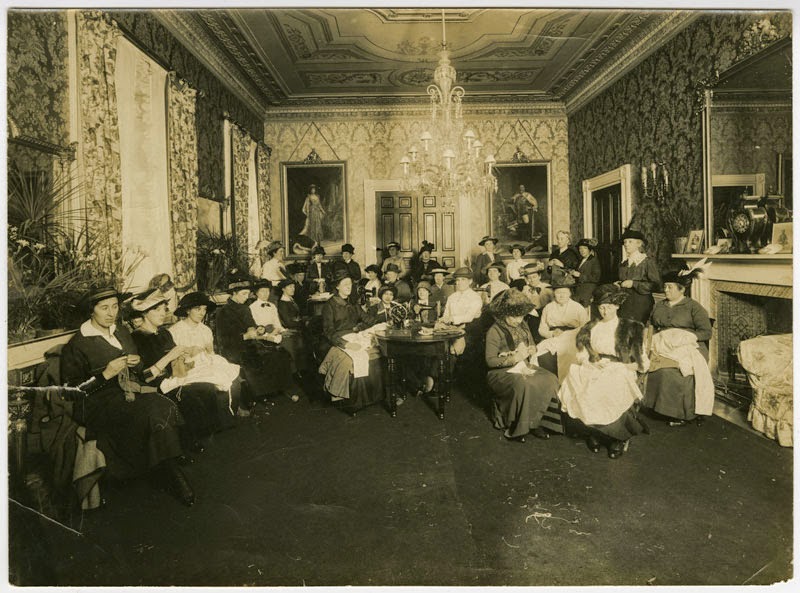 Photo from The Rooms Provincial Archives, A 51-108

The reception was a wonderful way to show appreciation for volunteers, and while not everyone involved with Youth Heritage NL had the opportunity attended, the other attendees we spoke to were excited by the idea of a youth heritage group and all expect to see us accomplish great things in the near future. So know that while we are a fledgling group (and possibly currently bogged down by exams and hunting for seasonal jobs), the volunteer organizations of Newfoundland and Labrador are looking forward to working with us!

As a final note, cucumber, hollowed out and stuffed with hummus and topped with a piece of shredded carrot is really good!
Posted by Dale Jarvis at 8:58 AM