Hauling Pinkston's Forge: Heritage Building On the Move in Brigus 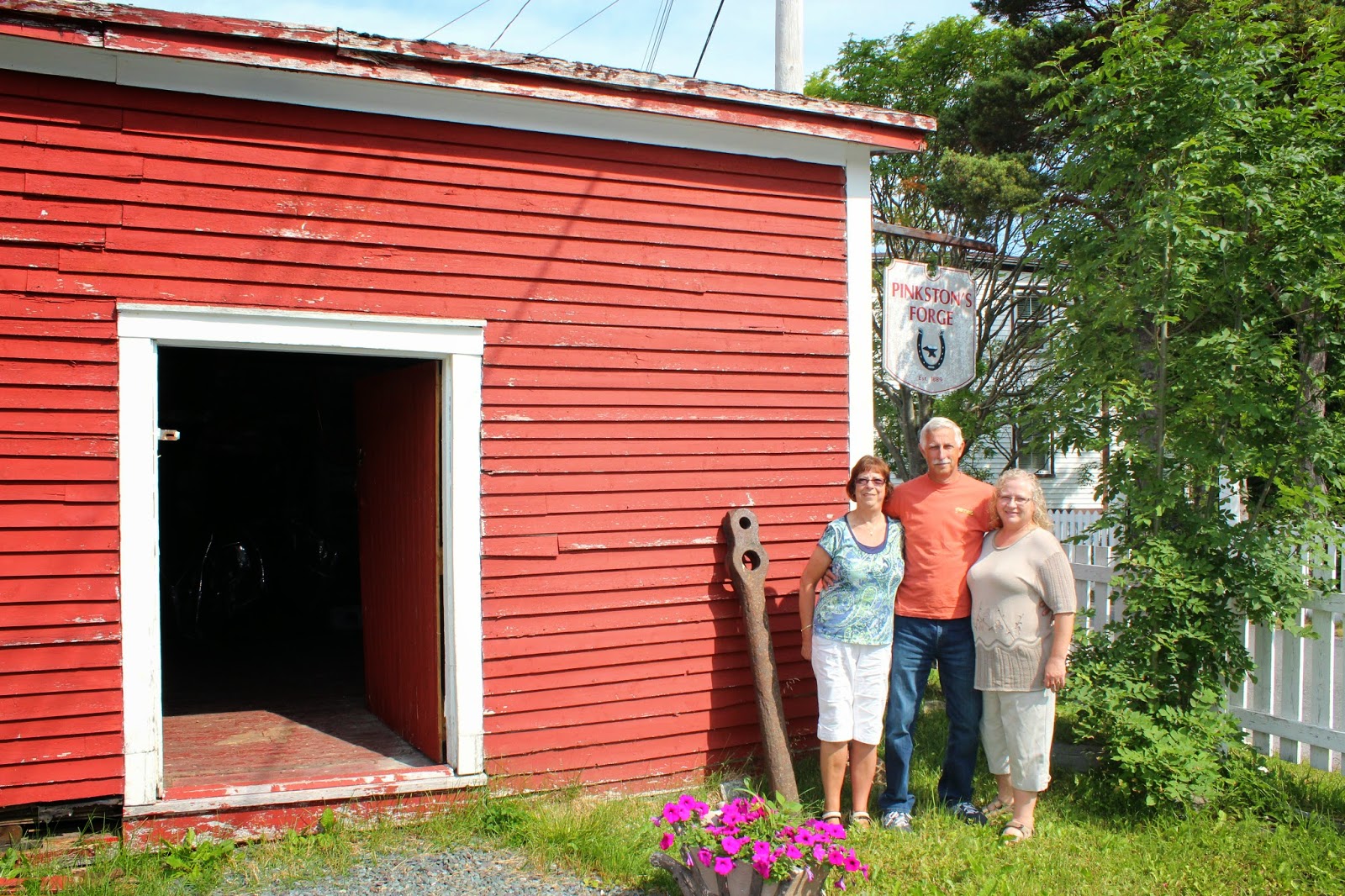 I've written before about the Pinkston's Forge in Brigus, Conception Bay. The Brigus Historical Society has been working to document it's oral history and stories. The photo above, from July 28th, 2014, shows Muriel Pinkston Wells, John Pinkston, and interviewer Dale Russell Fitzpatrick --  you can read and listen to their interview on Memorial University's Digital Archives Initiative (DAI).

It has been important to the Brigus Historical Society to document what they can about the forge, because the building had to be removed from its original location. Yesterday, December 15th, was moving day. The building had been covered in plywood to keep it together during the move, and hoisted up onto a sledge made of long wooden poles. A local company was hired to facilitate the move, and a crowd gathered to watch the old blacksmith shop be hauled to its new home near the Brigus Stone Barn museum. The old forge squeaked over the little bridge near Hawthorne Cottage, with only inches to spare on either side, and was then dragged to the new concrete pad that had been erected to receive the forge.

CBC has story on the move, and you can check out some photos on YouTube.

Thanks Dale for your continued documenting of our Heritage!