The Cut Bellows - a story from Pinkston's Forge, Brigus 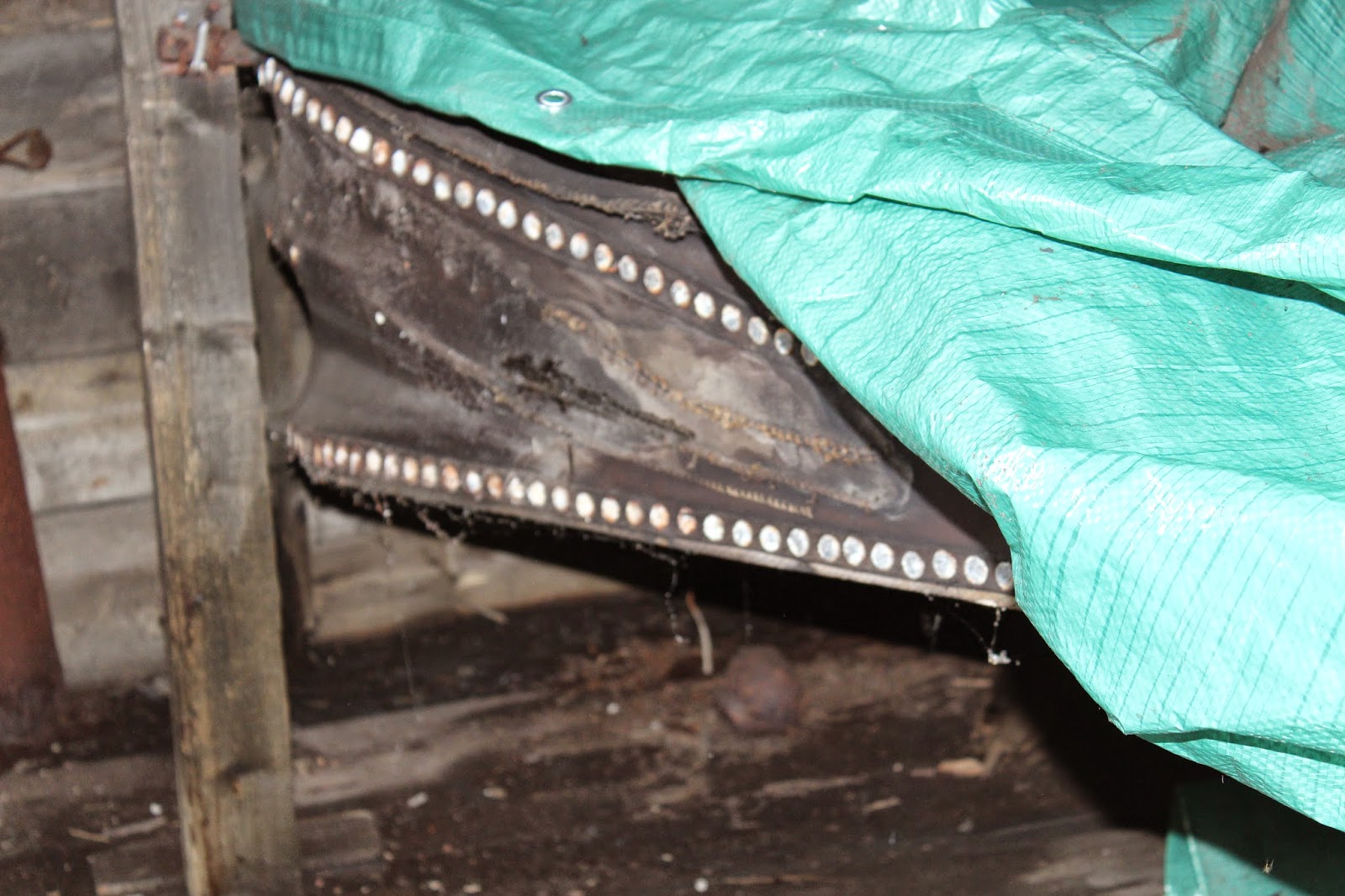 I mentioned in an earlier post that the ICH Office helped record an oral history of Pinkston's Forge in Brigus. In this section of the interview, John Pinkston talked about a cut made in the bellows, and if you look closely at the picture above, you can see the repair work he mentions.

John Charles Pinkston: There's one other instance. Back, I guess, in the 20s and 30s, well there was at one time, there was something like six forges in Brigus, right?

John Charles Pinkston: And then there was three, but anyway at this particular time, I think there was two blacksmiths in Brigus, so there was Harris and Jackson's. And previous to that I think there was another one, James. Anyway, at this particular time there was two operating: there was grandfather's and Jackson's down in Jackson's Quay. One Saturday morning dad and grandfather came down, of course eight or ten horses lined up, and the window was broken in the forge. So they thought no more about that, so they opened up and got the horse in and grandfather start pumping the bellows. The bellows wasn't working.

He looked in, there was a cut in the bellows about ten inches long. So grandfather told all the men, b’y, he said I can't do nothing for you because somebody cut the bellows. So they said all right Mr. Pinkston, we're not going down to Jackson's. We're going to wait for you to fix the-- So grandfather went over to-- who's the person that fixes shoes? Cobbler or leatherer. He went over and this fellow, I don't know what his name is-- Keene? Anyway, he came over and he sewed up the bellows.

So two hours later, had the bellows going, all the men waited for him, and they didn't go down to Jackson. So rumour was that Jackson broke the window and cut the bellows.

Dale Russell FitzPatrick: And of course people today can still see those stitches.

John Charles Pinkston: You can still see them.

Dale Russell FitzPatrick: And they've worked ever since, haven't they?